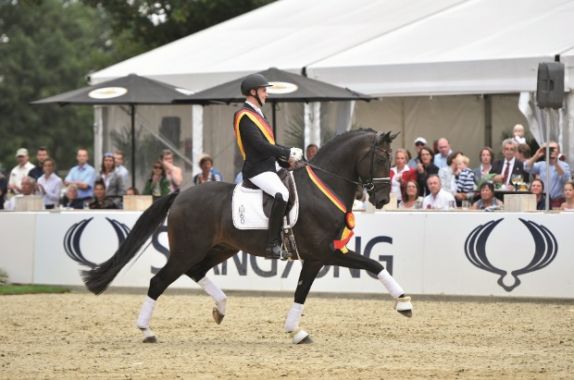 Under his sport name Zucchero, Zucchero Gold received the perfect score of 10.0 at the German Championships for five-year-old dressage horses.  He was praised and awarded for his responsiveness to the rider's aids and submission. He received a 9.0 for his big, balanced trot, 9.5 for his relaxed walk, 9.0 for his energetic uphill canter and 9.5 for the grandiose overall impression. With 9.4 and a clear lead over the competition, Zucchero Gold won the title with Frederic Wandres. Previously, at the World Championships for Young Horses, he only narrowly missed the podium, finishing fourth in the final with 9.24, after finishing second in the qualifier for the final. In 2017, at the age of four, Zucchero Gold, who was awarded the OLD suffix for the best Oldenburg bred horses, won the Oldenburg regional Championships.

On the dam's sire's side is Prince Thatch xx, a very important thoroughbred for warmblood breeding. His most famous descendant was probably Piccolino/Klaus Husenbeth, World Team Champion and European Team Champion as well as three-time German Champion.

The great-grand-sire Donnerhall was double World Team Champion, European Team Champion and German Champion with Karin Rehbein. He has had a lasting influence on dressage horse breeding with his well over 100 licensed sons and his numerous offspring in sport. 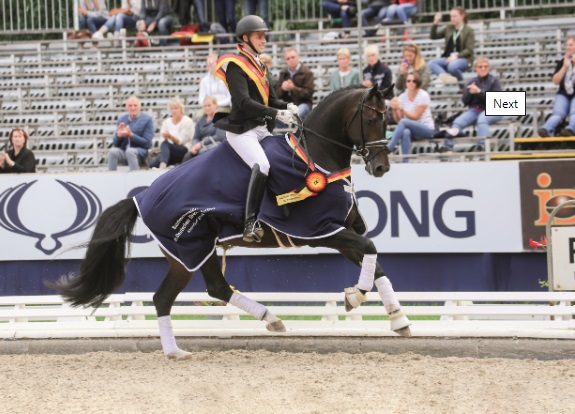 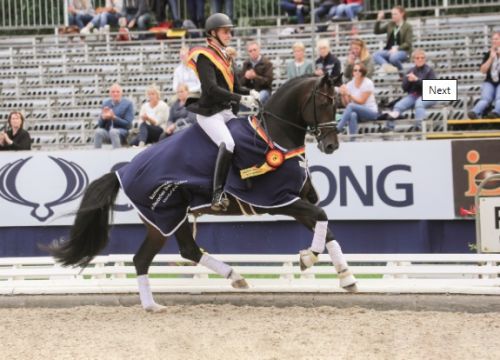