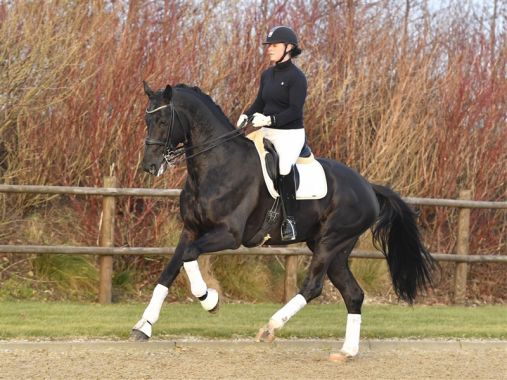 Zodiac is an interesting Danish-bred stallion out of one of the best dam lines in Denmark. Zodiac is black, noble and leggy with lots of expression. Zodiac had a perfect performance test in Denmark with a score of 815 points.

Despite his young age, the sire Zack has already produced numerous outstanding young horses such as champion stallion Zorba Højris, champion stallion and Winner of the Danish championships for 4-year-old dressage horses Zonik as well as 1st, 2nd and 3rd placed stallions at the Danish Warmblood performance test in 2012. Sezuan, by Zack, became 4-year-old dressage champion and triple WBCYH-World Champion.

Zodiac's dam line is very reliable and has proven it's value. Despite a severe injury as a youngster, his dam Marie Antoinette completed a grading and performance test. Zodiac's highly decorated granddam, silver medal mare Antoinette, has a special place in our hearts as she was born at Katrinelund and raised as an orphan foal. As a 5-year-old, she was the best Danish horse at the World championships for young horses in Verden and represented Denmark once more as a 6-year-old with a fine result.  Antoinette was trained up to Grand Prix before becoming a valuable broodmare. She has passed on her outstanding gaits to her offspring. Antoinette has produced Mare of the Year 2011, Prima Donna, sired by BH Don Romantic and bred by Birgitte Hofmeister. The mare of the Year 2015, Vestervangs Delicious is also to be found in the dam line, sired by Tailormade Temptation.

Zodiac foals are leggy and a good size. They have lots of expression and movement and the canter especially has uphill tendency.

Zodiac is well on his way to greatness as he scored 73.2% at his first show and has been winning not less than seven classes with scores up to 82%. In his season as a 6-year-old, he has won several classes at M-level, and shows big talent for the highest level of dressage. 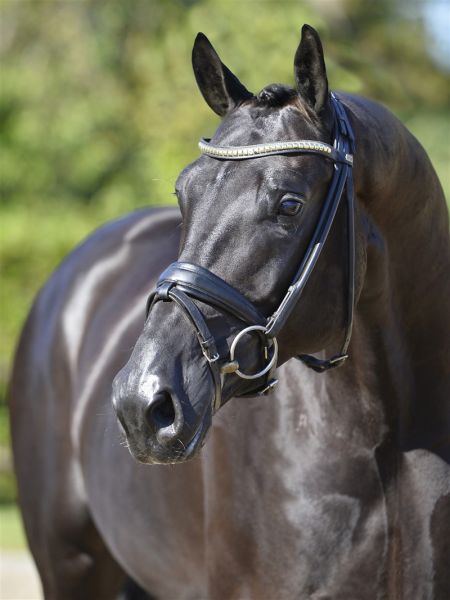 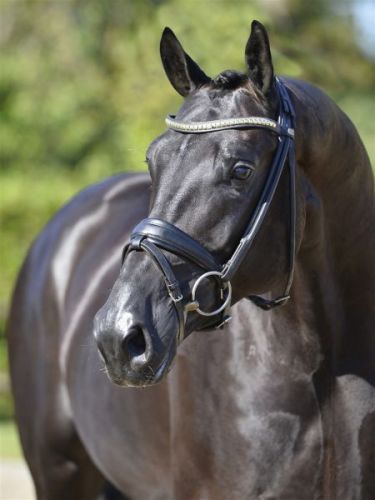