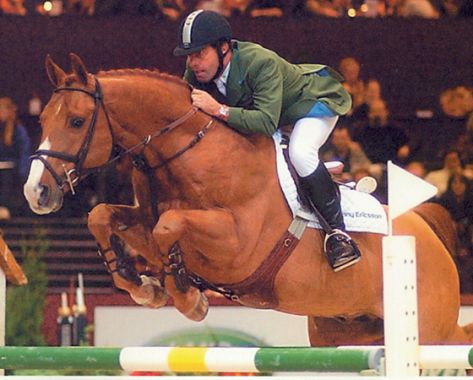 Tinka's Boy was a member of the silver medal-winning Swiss team at the Sydney Olympics, under Marcus Fuchs. He was fourth in the individual rankings at the European championships in 1999 and 2001, second at the World Cup final, Liepzig 2002, second in Goeteborg in 2001 and Las Vegas in 2000. Tinka's Boy further won two major Grand Prix in 1999, Moorsele and Monterrey, and was first in the Aachen Nations Cup in 1999. Tinka's Boy won the 4, 5, and six year old young showjumper titles in England, before being sold to Nick Skelton. He has several very successful sporting offspring in England, and is only just being offered via frozen semen.