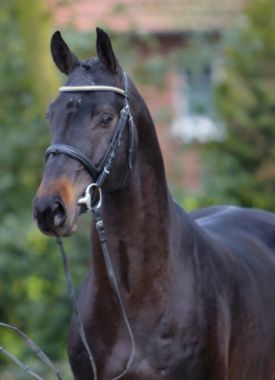 He was the king of the Southern German Stallion Show in Munich. No other horse jumped a quarter as good as Thagoras!

Reflexes as fast as lightning, ability for major sport and noble at the same time – a stallion which the sport demands in the making.

His sire,Toulon, and his rider Hubert Bourdy were victorious in the Global Champions Tour. Thagoras' grandsire, Heartbreaker - believed to be one of the leading jumping stallions worldwide - ranked fourth in the Grand Prix of Aachen. Legends like Almé, Ramzes and Thoroughbreds Uppercut xx and Der Löwe xx complete the pedigree on the fathers side.

Thagoras – uniting the internationally most sought after blood lines! 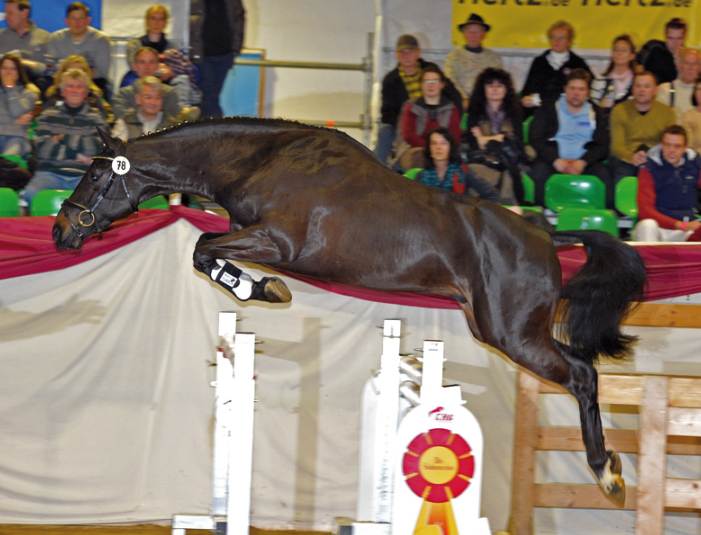 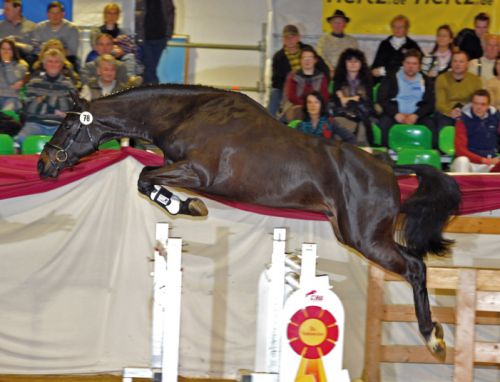