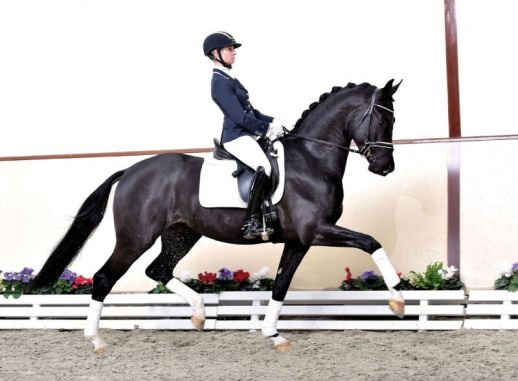 Unusually brilliant in type, coupled with excellent limb structure and immaculate conformation. Three first class gaits moving through a supple back promise the highest rideability, a promise that has already come true after the first tests under saddle were ridden.

His sire, Totilas, has revolutionized dressage in recent years.  He was the double European Champion in Windsor in 2009, won three Gold Medals at the World Equestrian Games in Lexington in 2010 and set several world records. With Matthias-Alexander Rath he won the Grand Prix Special at CHIO Aachen in 2014. In his first foal crops, he has so far sired nine licensed sons, of which several have been awarded premium.

Top Gear's dam, Dosalla, is a daughter of the Hanoverian licensing champion Don Frederico, who participated in the finals of the Bundeschampionship and has won numerous advanced level/S level dressage competitions. For this outstanding combination of breeding and sporting success, he was awarded the ´Grande-Prize' in 2009 and in 2012, he was honored as Hanoverian Stallion of the Year.

2014 Reserve Champion of the Oldenburg Licensing 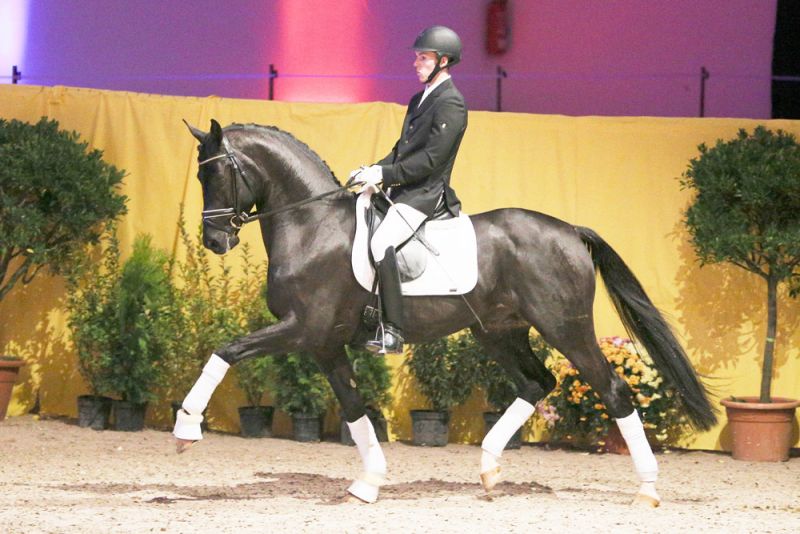 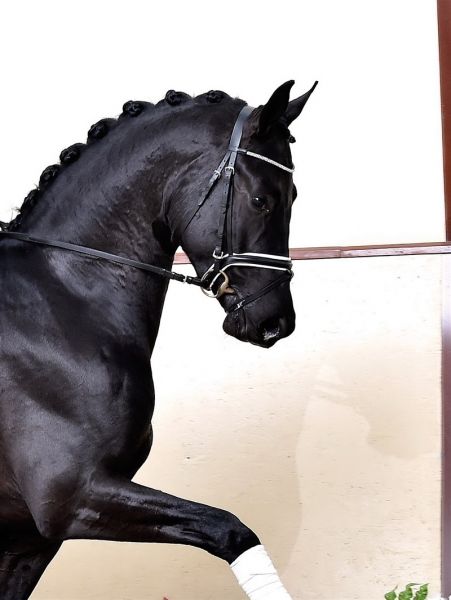 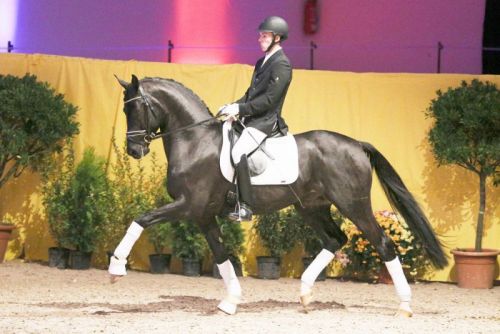 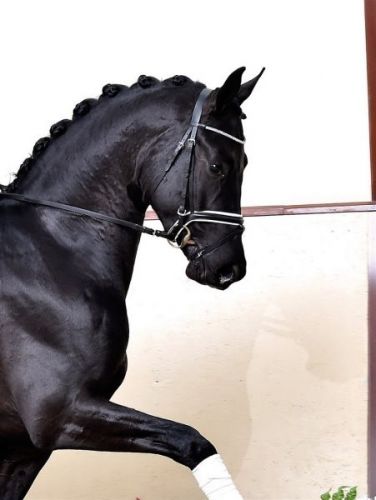