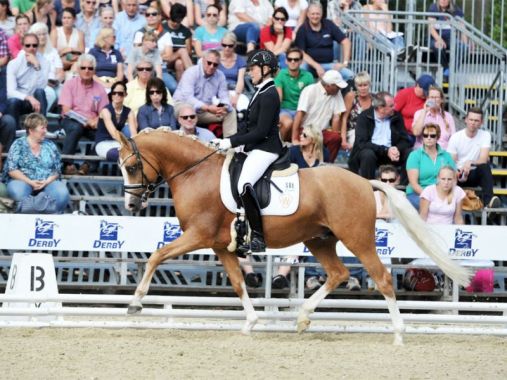 In 2018 he continued his success and became champion of 5-year-old dressage ponies. For his special achievements in sport and breeding, he was recently been awarded the name NRW by the Wesphalian Studbook.

Herzkoenig's first crop of foals were born in 2017 and have proven quite an impressive batch.  Three of his foals were awarded gold medals in Westphalia and at the German Foal Championships in Lienen he was the only sire to place three foals among the top ten.

This stallion's pedigree has the internationally successful performance blood with Helios B, who is now starting internationally wtih an Austrian rider, Golden Dancer, Der Harlekin B, Derano Gold and FS Don't Worry--all have celebrated numerous accomplishments in national and international competitions. 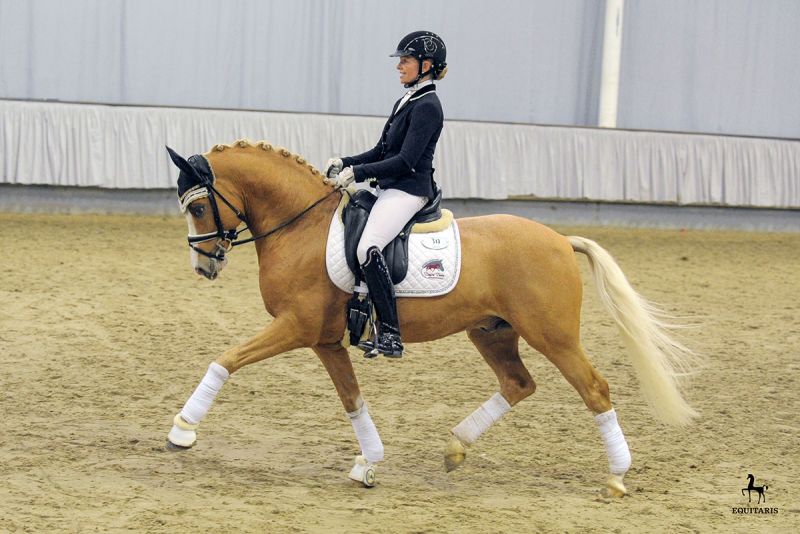 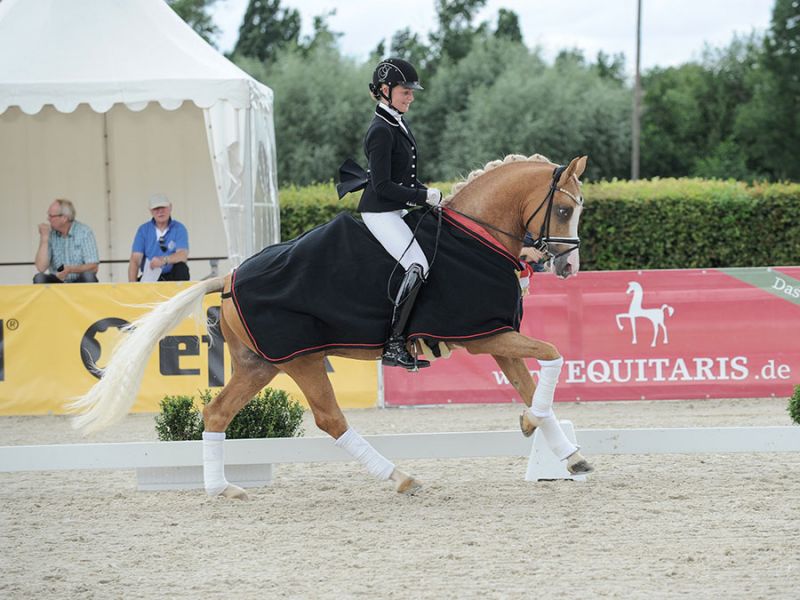 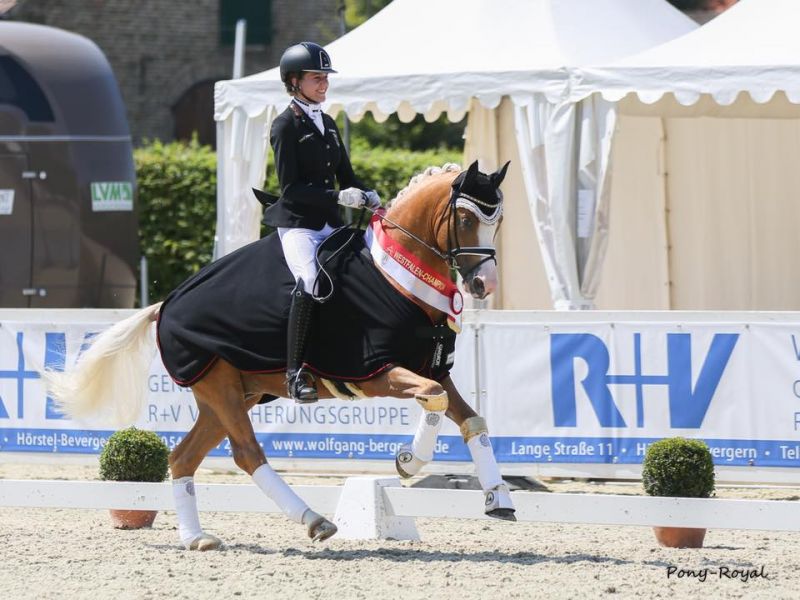 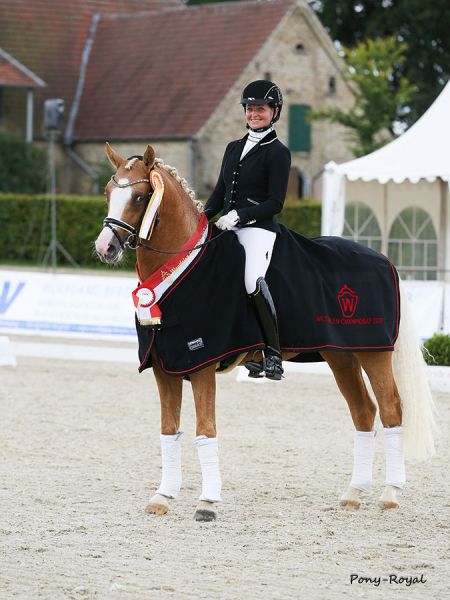 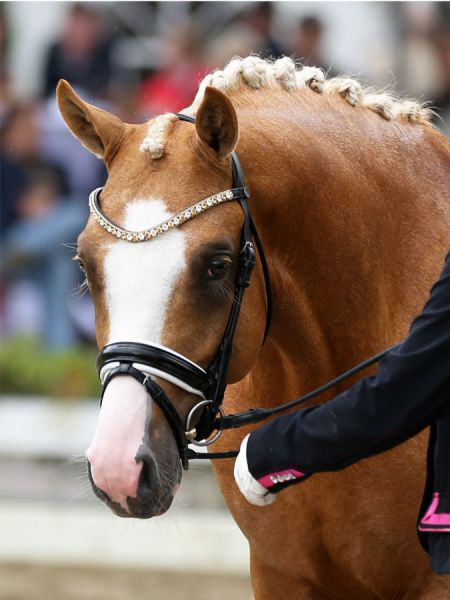 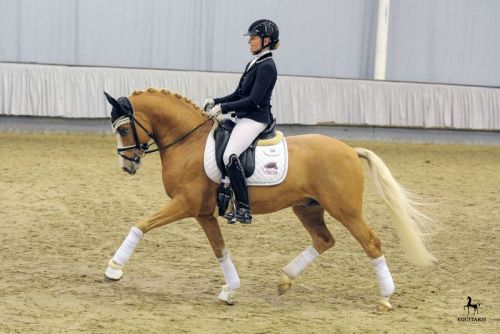 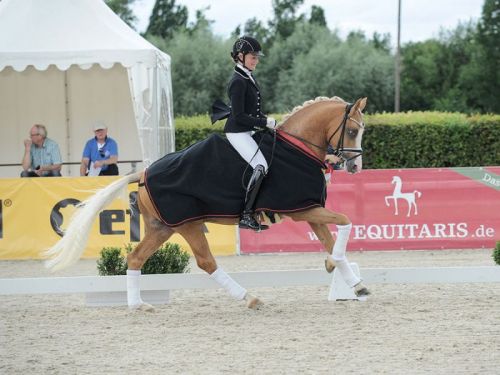 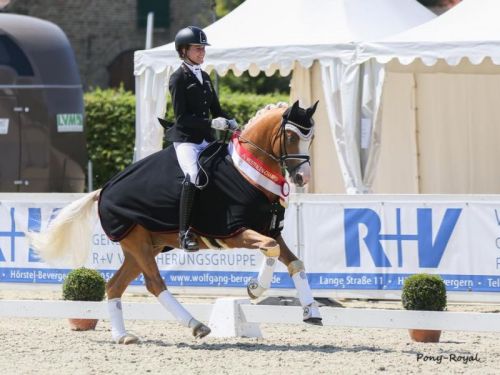 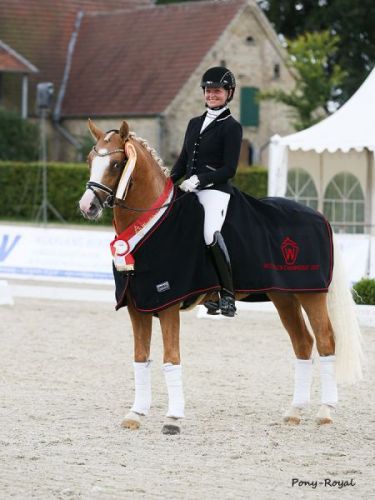 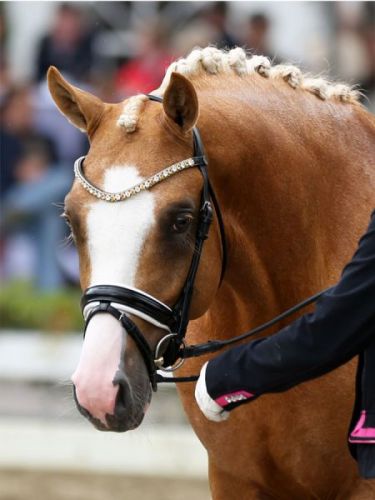