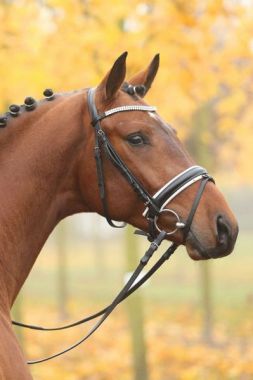 First Ampere combines an outstanding type with three first class gaits, and when he moves he has elasticity that is simply awesome. These traits certainly helped to catapult him into the premium ring at the 2013 Hanoverian licensing in Verden.

This young stallion with the nerves of steel will be named Nymphenburg's First Ampere in the future – also in sport. His first tests under saddle have shown that a very special horse is in the making here.

His sire Ampere, bred in the Netherlands and with lots of Holstein genes in his pedigree, was the 2008 KWPN champion stallion. He won his stallion performance test with excellent scores of up to 9.5 for his canter and very good scores for all of his gaits, rideability and talent for dressage (9.0). Ampere has sired 15 sons among his first crops licensed just in Germany.

First Ampere's dam's sire Weltruhm competed up to advanced (S) level and sired many horses that were sold at auctions in Verden for high prices.

The dam line continues through Allround, an Argentinus son, going back to Lugano II, Duft I, Frühsport and Poet xx – all very successful sires in their day. This is the Hanoverian mare family of Scherentje which has produced 28 licensed stallions. 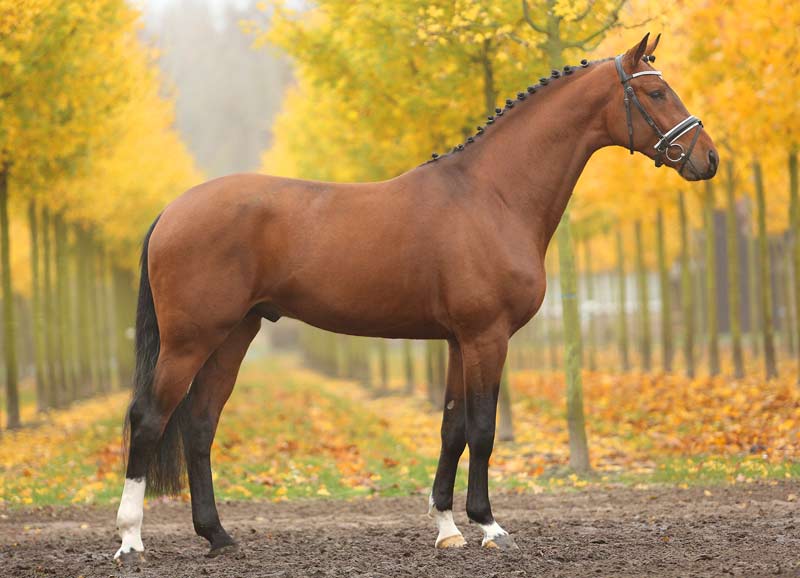 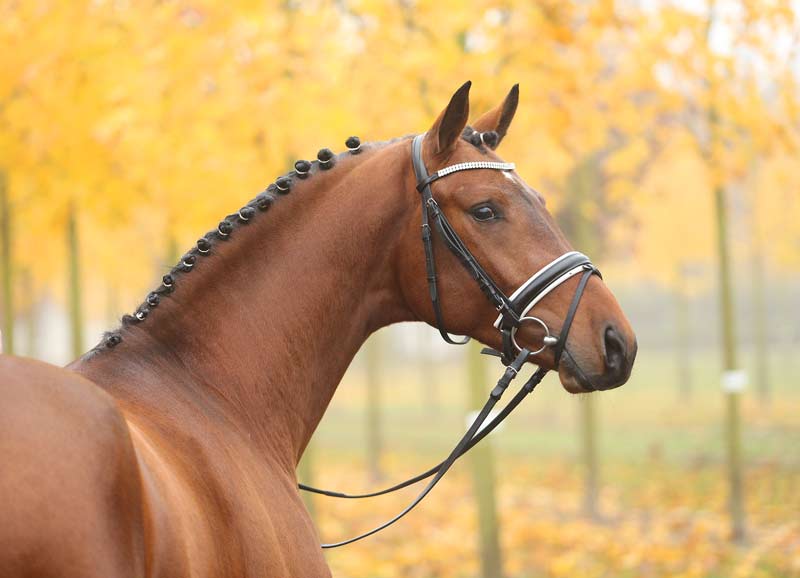 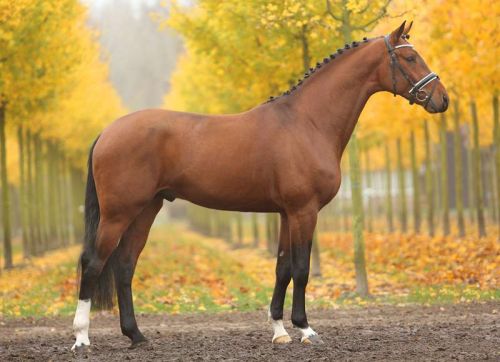 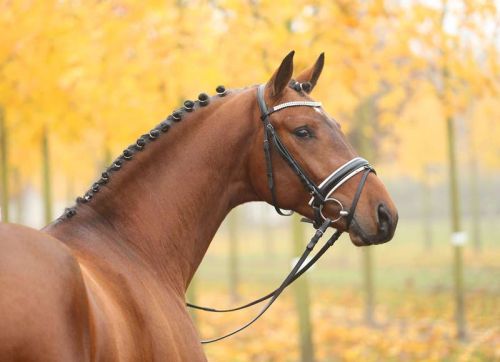