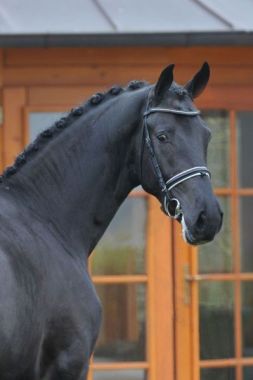 Blessed with wonderful, uphill movement that swings through his entire supple body, a walk with completely relaxed strides – his hind feet stepping clearly beyond his fore feet – all that comes to mind are superlatives when you see the sparkling back Buenos Dias. A stallion made for the big time dressage rings!

In 2015 Buenos Dias also celebrated a successful debut at the foal premium award event held by the Oldenburg Verband at DLZ.  "Attractive foals with beautiful faces, correct conformation and wonderfully supple movements", was the comment made by Dr. Wolfgang Schulze-Schleppinghoff when he inspected the first foal crop by the Bordeaux son, Buenos Dias. A black filly by Buenos Dias-Pik Nor, bred by Sonja Gerdes, Lindern, won the offspring assessment. Second place went to a Buenos Dias-Rubinero filly bred by Heiko Dunker, Syke.

Buenos Dias is a son of the highly popular Bordeaux, a KWPN champion stallion and stallion performance test winner who placed fourth in the World Championships for young dressage horses, won the KWPN stallion competition, and is also the sire of the Oldenburg reserve champion mare and reserve Bundeschampion, Biscaya OLD, who broke auction price records.

Five of Bordeaux sons have been licensed. He comes from the famous Olympic dam line maintained by the de Baey family that is also the origin of Rembrandt, Amon, Ahlerich and Rubinstein.

On the dam's side, Buenos Dias goes back to the famous Oldenburg Flattopia line that has produced countless top performance horses such as the stallions Continue, Calmiro– the dam's sire of Rubin Cortes OLD, Soprano, Ronan and Rubioso N as well as the winner of the German Show Jumping Derby, Lex Lugar.

Through the dam's sire, the Oldenburg champion stallion, Don Kennedy, the genes of Donnerhall, a stallion of the century, are also a part of his inheritance.  Further refinement has been added to his pedigree by Trakehner bloodline elements.  Buenos Dias direct dam line is also the origin of the high priced A.O.S. Auction mare, Total Super, and the 2nd reserve champion of the 2013 Oldenburg licensing. 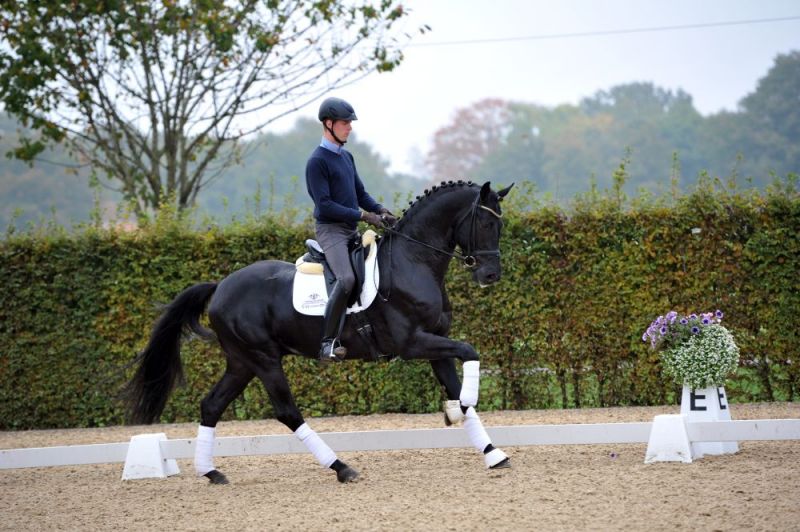 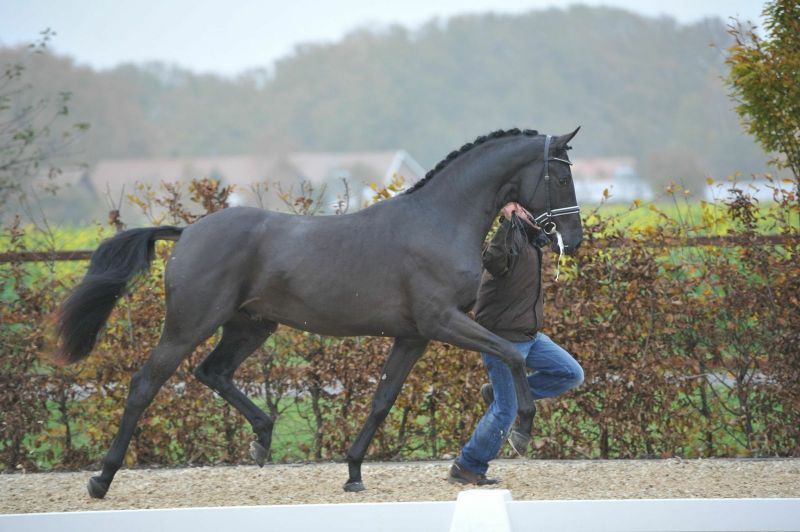 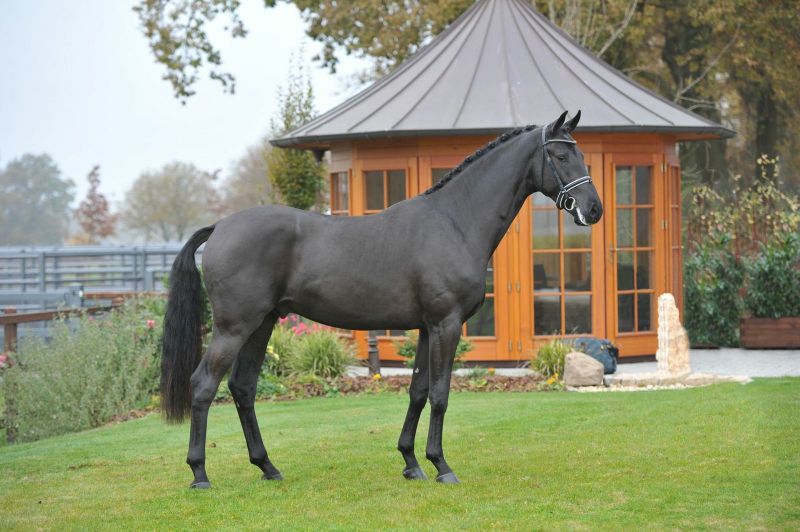 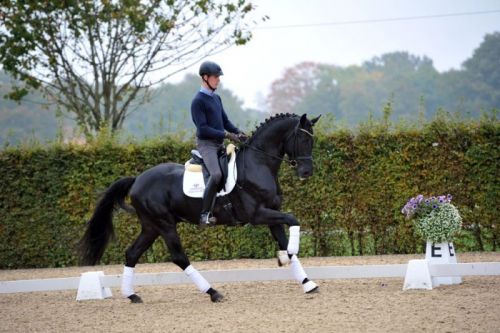 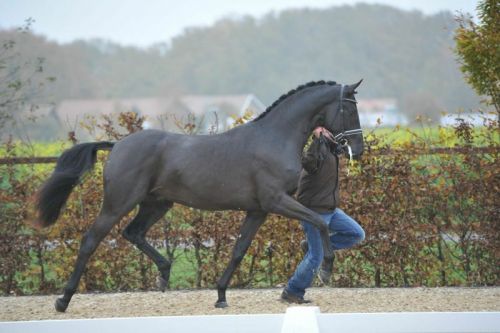 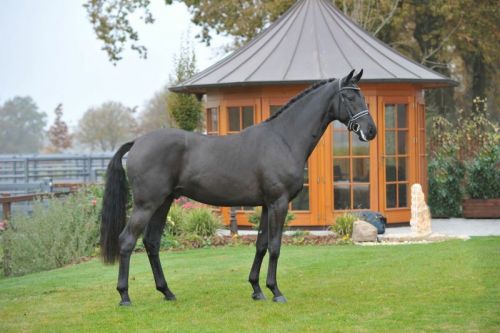