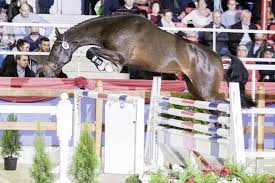 At the Oldenburg Stallion Days in 2017, this amazing young stallion was licensed, with his impressive technique apparent.  Stakkato's Golden possesses a lot of scope and an excellent manner.  In the pedigree of Stakkato's Golden, we find a vast array of internationally impressive bloodlines.

In 2018, Stakkato's Golden won the 50-day test in Adelheidsdorf. The judges drew the maximum mark of 10 twice and with an overall score of 9.33, he took the lead in the field of testing.

His sire, Stakkato Gold was incredibly successful internationally and has produced exciting, international competing horses. For years he has dominated the FN show jumping breeding valuation and in 2015 he was name Hanoverian Stallion of the Year.  His dam sire, Canturano I, won this stallion performance test in Adelheidsdorf in 2006 and was internationally successful in several classes. In 2007, Canturano I won the stallion competition in Denekamp, and in 2008 he won the final in his stallion performance test. Many of Canturano I's descendants have been victorious in show jumping. In Germany alone, 48 of Canturano's descendants are successful at the advanced level/S.

With Ulft and Souvenir, top Dutch stallions appear in the previous generations of Stakkato Golden's pedigree.  The dam line has produced numerous successsful sport horses in the Netherlands. 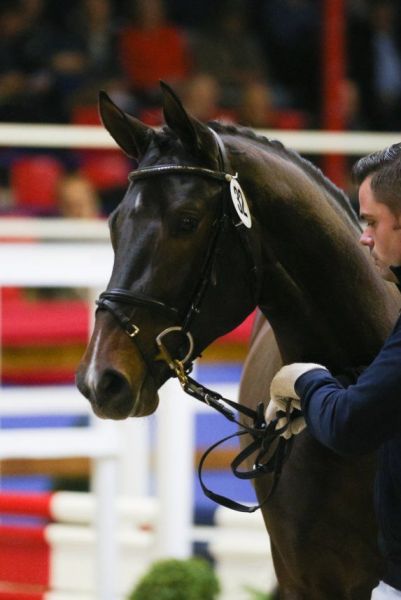 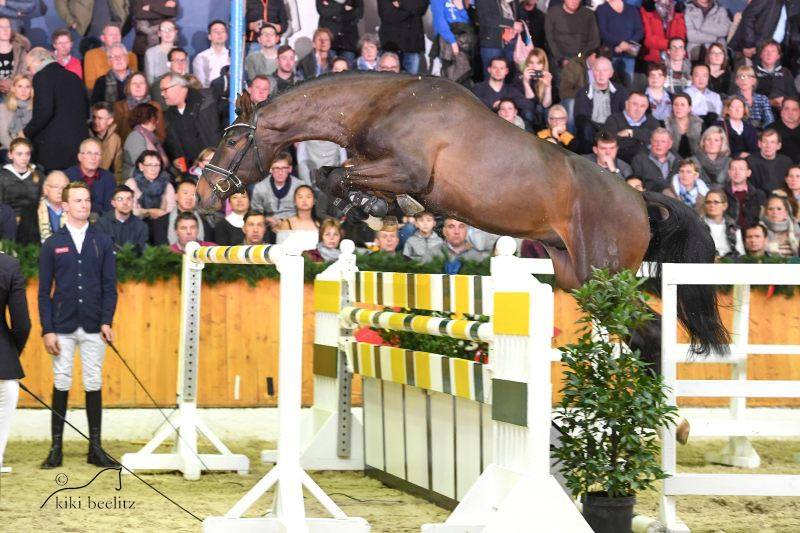 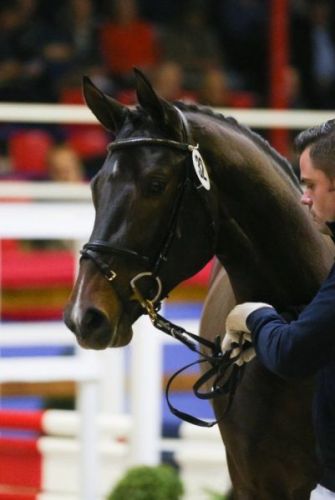 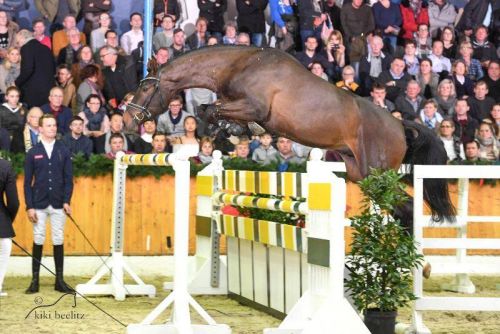