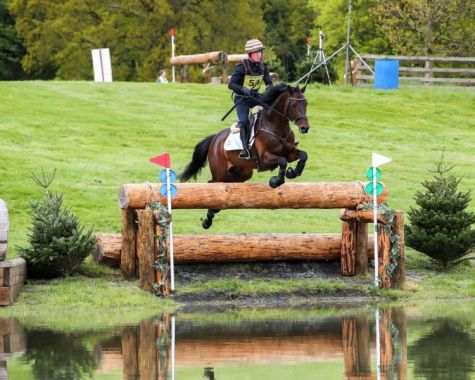 Polartanz is one of the most successful Trakehner stallions in eventing at the international level. He has competed and placed up to CCI4* and placed up to CCI3*-L across Europe and including the UK. Polartanz is a stallion with an exceptional pedigree for versatility. He has intelligence, the best character, concentration and focus on terrain, with good rideability and rhythm in the dressage ring. In cross country he has optimal constitution and courage and in show jumping he has an excellent overview and tremendous potential. His rideability is also evident in his consistently good scores in dressage and the fact that he also placed at regular 3rd level dressage in Germany. His jumping is marked by scope, power and courage. Polartanz is a stallion with an exceptional pedigree for versatility.

In 2015, Polartanz was licensed in Alsfeld at the breeding association for sport horses of Arabian descent and was registered in the stallion book I. The charming stallion scored especially well for his excellent paces and his good, concentrated and easy free jumping.

English Thoroughbred comes into the pedigree through the history making sire, Heraldik xx, who has World Cup and Nations Prize winnings. He has offspring in dressage, showjumping at the highest level and in eventing up to the Olympic Games. French influence of bloodline (AA) is present through Konvoi, who was licensed in hurdle races and has offspring in international showjumping and eventing up to the Olympic Games. A well-established Trakehner blood ratio through Habicht (who competed up to the highest level in eventing) and Elfenglanz (award winning up to Level S) is present. The famous mare families of Polarfahrt and Kokette from the Main Stud “Trakenhnen” round out the promising lineage.

Polartanz’s dam Polarfreude II is a daughter of the history making sire, Heraldik xx, who himself was a successful international show jumper. His offspring have competed at the advanced, international level in dressage, showjumping at the highest level and of course eventing, with multiple World Championships and Olympic winners to his name. The maternal line of world class sport horses is continued with legendary sire Habicht in 2 nd generation – the foundation stallion of one of the breed’s most successful sire lines today, and of course sire of Olympic level performance horses in eventing (Windfall, Darren Chiacchia) and show jumping (Livius, Anne Kursinski). Of note, Habicht’s line also continues to produce modern, world class dressage horses such as Imperio, Hubertus Schmidt’s multiple international Grand Prix winner and Olympic team alternative for Rio de Janeiro 2016.

The first crop of foals by Polartanz demonstrate a great nobility, great sportiness and have a human-related and kind nature. Polartanz passes his good paces, excellent interior and serenity on to his descendants. Their movements are famous for being highly elastic with impulsion and continuous rhythm. 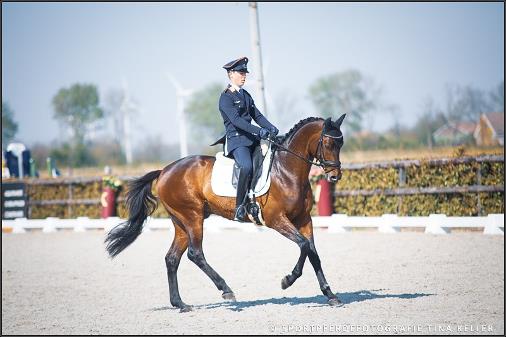 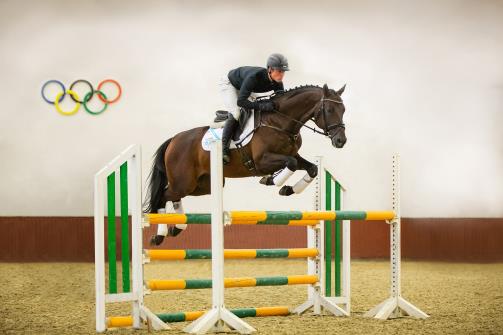 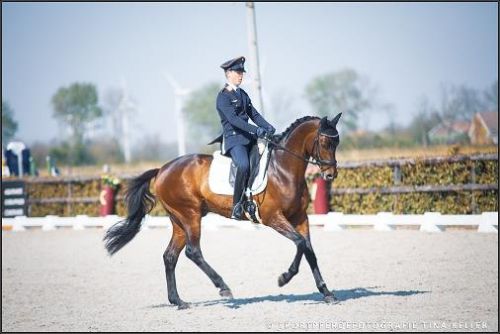 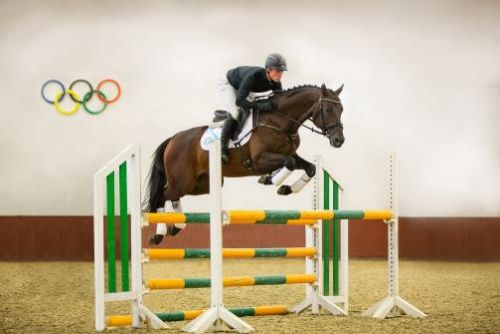