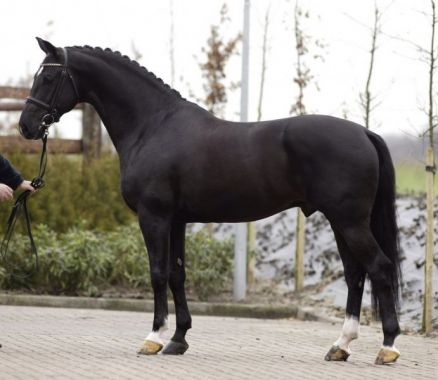 Negro is the 2017 KWPN Stallion of the Year and competed up to Grand Prix dressage. He is proven to have all the qualities of a superior sport horse, he has an unbelievable talent for Piaffe and Passage and he has remarkable work ethic and rideability.

Negro is the proud sire of Valegro; two times winner of Olympic Gold in London 2012 and winner of the Individual Gold Medal in Rio de Janeiro 2016. In addition, Valegro was European Champion, World Cup winner, World Champion, holder of the World Record in the Grand Prix, Grand Prix Special and the Grand Prix Freestyle, 2014 KWPN Horse of the Year and has had a very succesfull dressage career.

Negro was winner of the Dutch stallion competition in 2000. In 2001 he competed at the World Championships in Verden, Germany and was the best 6-year-old Dutch horse.  He has successfully completed in small tour level and of his four starts, he won three times.  At his first start, he won convincingly with a score of 72.50%, a super debut, showing his unparalleled dressage talent.  In 2012 Negro was awarded "Preferent" by the KWPN.

Sire, Ferro is a top-class breeding stallion that competed at all the international Championships for the Dutch dressage Team. Negro's dam descends from a top dam line, combining the international stallions "Variant" and "Gondelier (keur)" with the top mares Fewrie (preferent, IBOP AA 92) and Mewrie, (keur, preferent, prestatie, sport) and Geerie (ster, preferent, prestatie) who stand for sport, model, strength and great quality.

The dressage index of Negro is 150 with a reliability of 92%.  50% of his offspring are registered as sport horses, with numerous horses competing up to International Grand Prix. Besides Valegro, the horses Exquis Spargo†, Exquis Taikoen, Slegro, Numberto, Nintendo, Netto, Tigro, Taison, Validus, Vainqueur, Tigro, Tegro, Unico G, Vorst, Amazing, Alfranco, Zoë, Bufranco, Bailey, Willem-Alexander all competed Grand Prix. Negro offspring are highly appreciated because of their great character, workability, balance, rideablity and, off course, the strong use of the hindleg and a great potential for collection.

Negro's offspring make a stir everywhere with champions, approved stallions and daughters located all over the world. Also through the powerful and positive influences of his genetics, he is becoming increasingly valued as a maternal sire. 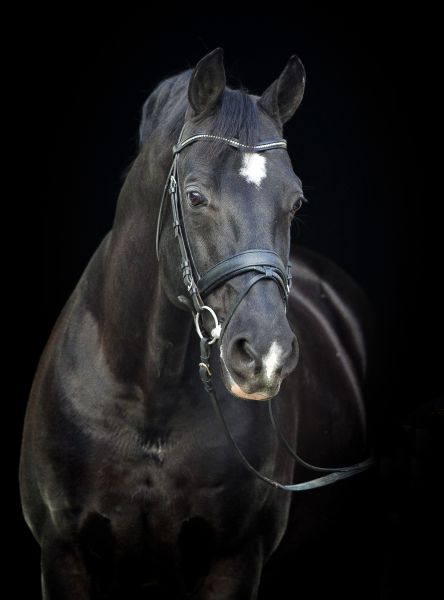 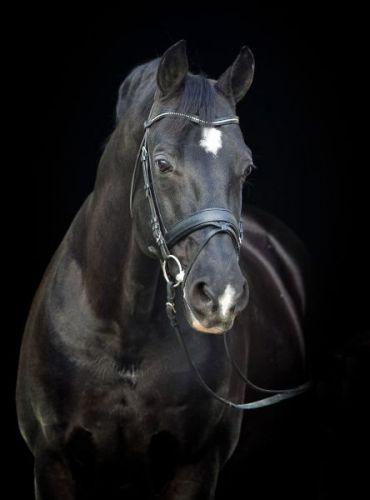