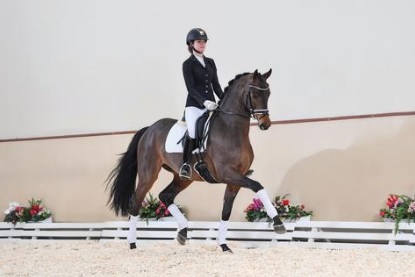 Monterey was one of the most striking stallions of the 2018 Oldenburg stallion licensing in Vechta. In addition to his impression in the arena, he was revered with regard to his bloodlines and he was named premium stallion and received cheers from the crowd. Monterey is very rideable and has a lot of charm and confidence. He is immaculate in his foundation and demonstrates amazing gaits, especially in walk and trot.

His sire Morricone, was the Oldenburg Champion Stallion in 2014 and secured victory in the competition for the Oldenburg Main Premium in 2016. He won his stallion performance test and qualified for the German Championships with victories in competitions for young dressage horses. Many of his foals have been sold for high prices. In his first crop of colts up for licensing, six stallions were approved, including one premium stallion in Hanover.

His dam Special Diva, was German Champion in 2014 and subsequently won many dressage competitions at novice (A) and elementary (L) level.

The dam sire Sir Donnerhall I has already earned the status of "trademark stallion". He was second Reserve champion of his licensing, Regional Champion, record winner of his stallion performance test, Vice-World Champion of young dressage horses, German Champion and winner of the main premium.  He has almost 100 licensed sons.

His grand-dam Minelli produced the licensed stallion Brilliant (by Bretton Woods) and Fürst Diamond (by Fürst Romancier), internationally successful up to Inter I.

Diamond Hit, who appears in the third generation, was Vice-World Champion and Vice-German Champion in 2002, after winning silver at the Regional and National Championships of four-year-old stallions the year before. In 2005, he was the awarded the title of VTV Dressage Stallion of the Year. With Emma Hindle, he was very successful at international Grand-Prix level.

From the widely ramified Hanoverian line of Helferin descend the Champion Stallion Romulus I and the Reserve Champion Romulus II, as well as, the licensed stallions Chianti, Remus I and II and numerous other successful sport horses, such as the Grand-Prix dressage horses Sole Mio/Fabienne Müller-Lütkemeier and D'Artagnan and the advanced (S) level show jumpers You belong to me and Falk B. 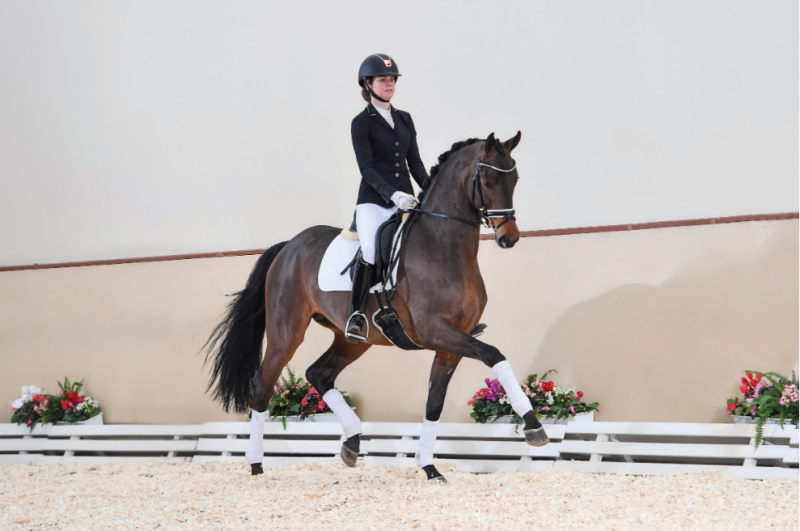 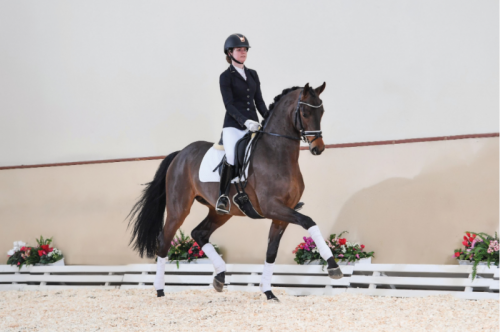