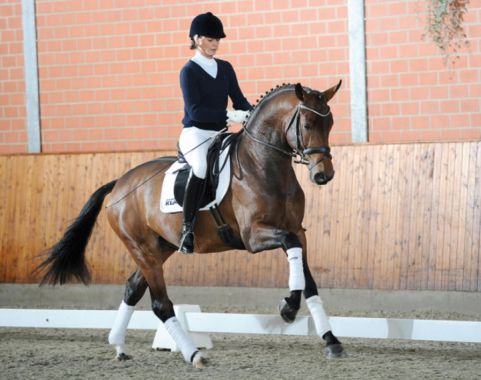 Over the last ten years, Klein Roscharden (Klatte) has had considerable success on the national and international stages of dressage. With Fiderbach, they provide a promising option for dressage breeders. This young stallion moves with immensely elastic, cadenced and swinging gaits. He is a paragon of balanced uphill motion. His sire, Fidertanz, has already produced champion foals, champion stallions and the German Young Horse Champion of 2012, Franziskus.

Fiderbach's dam sire, Baroncelli, was successful at the German Young Horse Championships and World Championships of Young Dressage horses. He carries the significant blood of Bolero in combination with Pik Bube's sister, Paola, and Absatz. He has also been victorious at Grand Prix level dressage competitions in the USA. Added to that in Fiderbach's lines are the German Young Horse Champion Alabaster and Champion Stallion Freiherr in the third and fourth generations. Fiderbach's dam line has been continuously in the limelight over the past few years: the successful Grand Prix horse Donnerball, the 2012 Oldenburg Champion stallion Follow Me and with the successful Grand Prix horse, Ramoneur, a half brother to Fiderbachs mother Ciara. 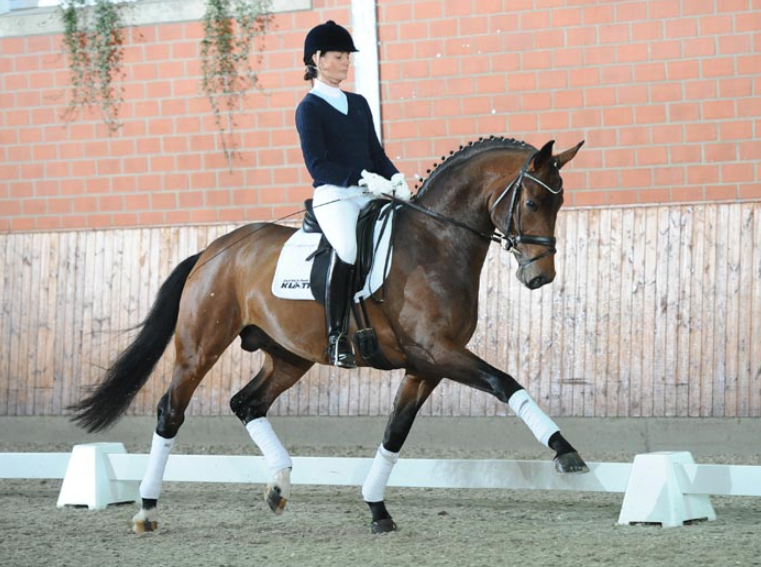 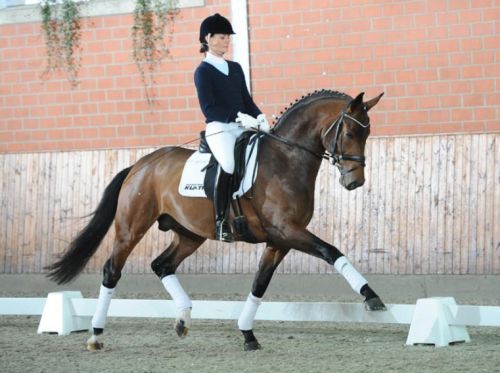