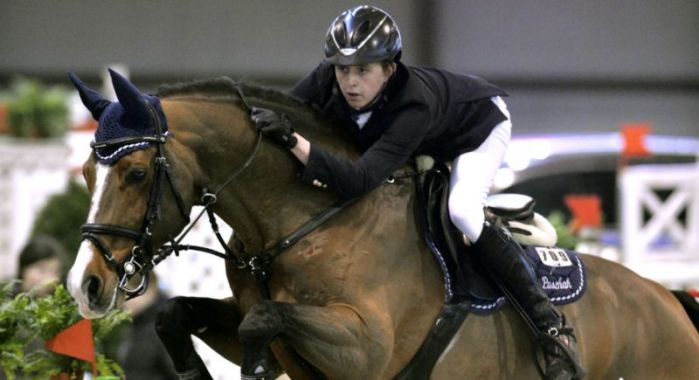 His rider Johannes Ehning has described For Ever Jump as a good type horse that is easy to ride, has a nice temper, with good blood.  Ehning has mentioned that although he has not bred much, For Ever Jump already has promising offspring.

For Ever Jump has been very successful with Tobias Meyer up to 2* classes, and continued his career under Johannes Ehning to compete internationally. For Ever Jump has several young offspring who have distinguished themselves through their performance and high capacity. Some of the successful offspring that have shown their abilities are; The For Ever Fun (Jennifer Fogh-Pedersen) and Fee (Charlotte Bettendorf). They are known to have a good riding ability, a strong ability ability to react, and notable gallops.

For Ever Jump's sire is the legendary athlete and stallion, For Pleasure, who needs no introduction and has made a place in showjumping history.  For Pleasure won gold with rider Lars Nieberg in the 1996 Olympic Games in Atlanta and became German champion the same year.  Marcus Ehning brought him to win another team gold in the Olympic Games and the two were crucial contributors to the team and their gold medal at the EM in Mannheim. Among For Pleasure's descendants are more than 40 approved stallions and he continues to pass on the qualities that make them bound for success.

For Ever Jump : PEDIGREE