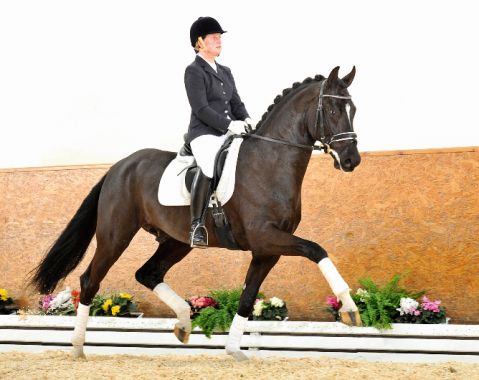 He was one of the most striking stallions in the 2013 Westphalian licensing. The harmonious premium stallion, Dragon Hill, has outstanding gaits which are very elastic, ground covering and forward moving. He has an uphill canter and a first-class character. His sire, Damon Hill, has been one of the most successful dressage hoses in the world under Helen Langehanenberg, and he combines the legendary dressage stallion Donnerhall and Rubinstein I in his pedigree.

Damon Hill won multiple regional and national championships as a young horse, and as a Grand Prix horse, he has been almost unbeatable. In 2012, he was the German National Champion, Nations Cup winner in Aachen, and team silver medalist (4th indv.) at the London Olympic Games. In 2013, he won the World Cup in Gothenburg, team gold and individual silver at the European Championships, and according to the FN's Breeding Index, he was in the top 1% of all German dressage sires. In the 2014 World Equestrian Games, Damon Hill and Helen Langehanenberg brought home team gold and individual silvers.

Dragon Hill's legendary dam sire, Sandro Hit, has become a milestone in German breeding history, and in his third generation, Dragon Hill is line bred to Parademarsch I, a son of the NRW sire, Paradox I, who originates from the significant dam line of Romadour I and II. 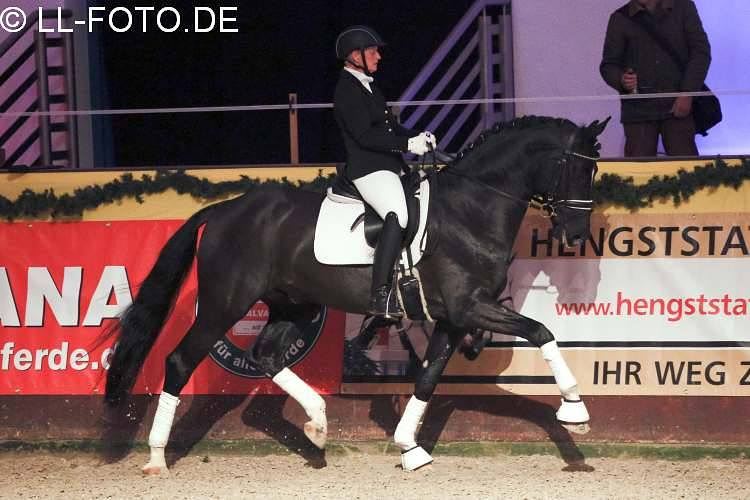 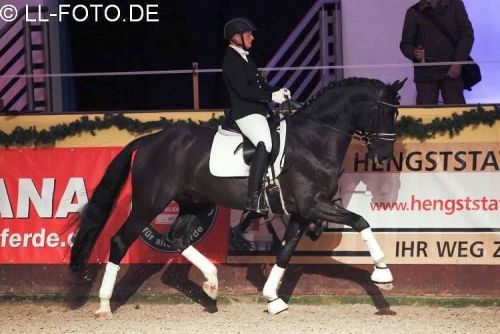