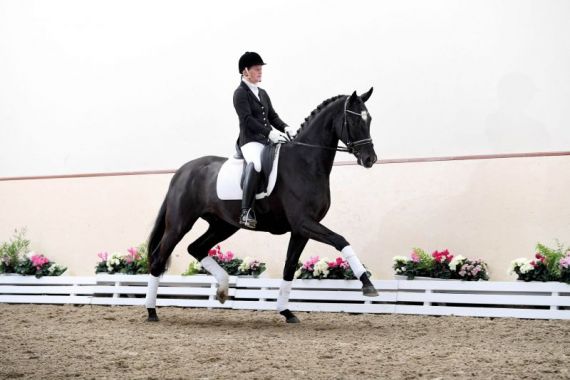 Unfortunately Don De Niro passed away in early 2017, but we still offer his frozen semen. He has an astounding pedigree as is the ultra-modern son of De Niro, and was presented by Schockemöhle as a new breeding stallion in 2017. This elegant nobleman has a fine-cut figure and attained status as premium stallion at the 2016 Mecklenburg licensing.  Don De Niro is large-framed and he captivates through his type, as well as, his build and correct fundamentals.  All three paces are oriented towards the very best.  His trot is loose and dynamic and powerfully transfered from rear to front with constant uphill movement which allows him to cover a lot of ground, and his energetic canter and his diligent walk combine well with this.

His sire, De Niro is himself a legendary dressage sport horse.  De Niro, has been uncontestable #1 of the WBFSH world ranking of dressage horse producers.  He was Grand Prix winner, German champion, and in 2008 he was honored as Hanoverian Stallion of the Year!  His dam, Pandora is the daughter of the champion producing sire, Sir Donnerhall I who annually breaks records at licensings, auctions, and in competition.  The exceptional mother line contains granddam Pavedena AA, the black Anglo-Arab mare who produced the licensed stallion Dream On. 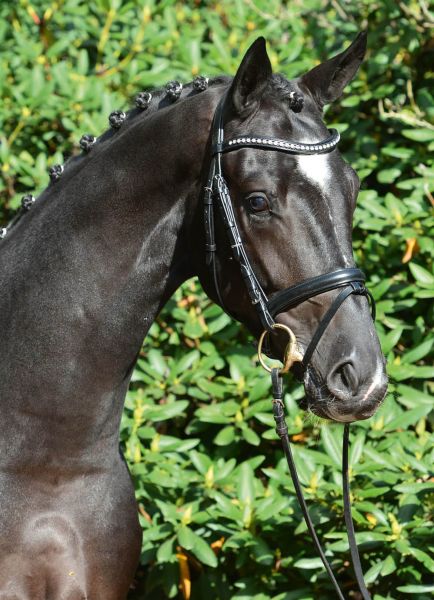 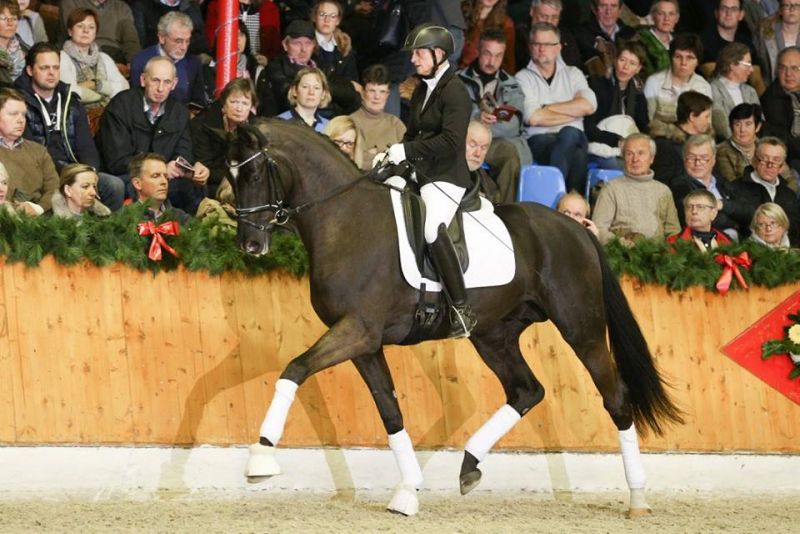 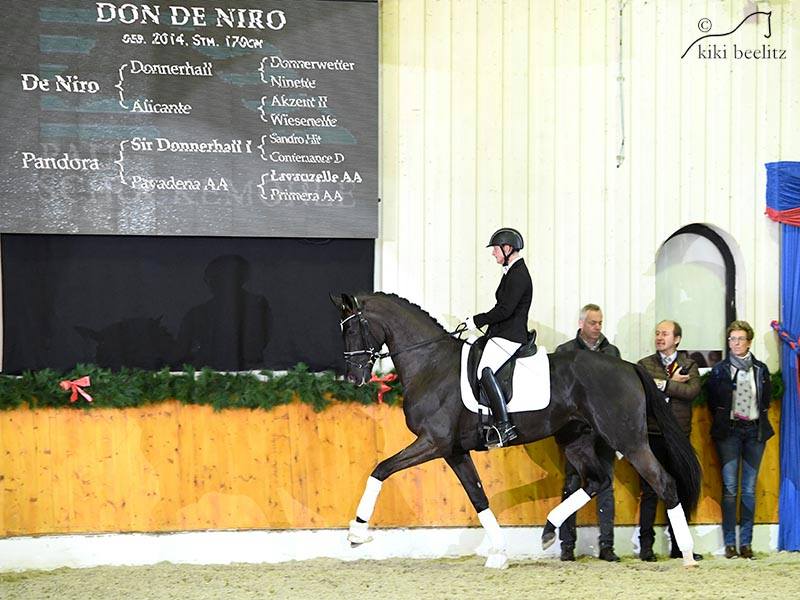 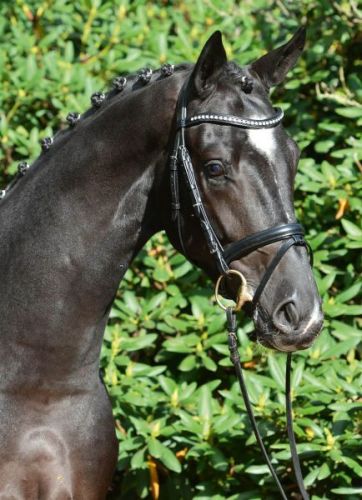 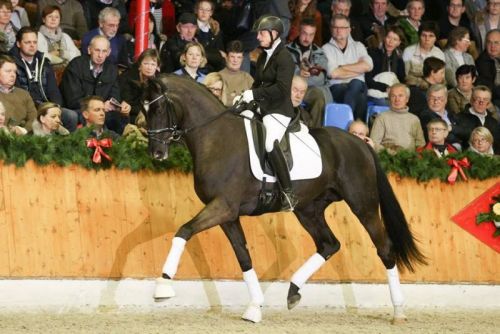 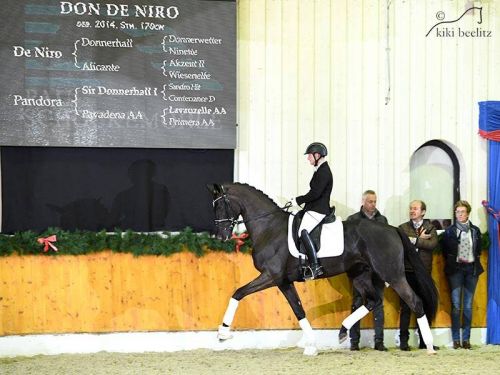