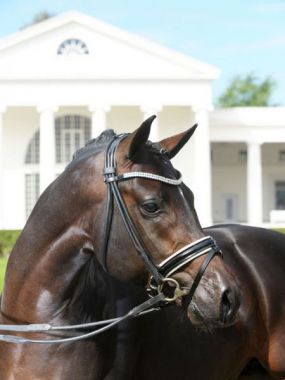 Del Estero, the very charming premium stallion of the 2011 Westphalian main licensing, has impressed everyone with his ideal pony type, harmony and absolutely persuasive character.

After the 2012 riding pony championships in Luedinghausen, where he decisively won with an 8.66, he took part in the finals of the Westphalian state championships and was nominated for the Bundeschampionate placing there in the top ten of the 3 year old riding ponies.

He finished his stallion performance test in Muenster-Handorf with the dream score of 9.06., and he didn't stop there. Aside from victories in A and L level classes, he was once again the Westphalian state champion, this time of the 5 yr. old dressage ponies, and at the Bundeschampionate in Warendorf, he brought home the silver medal.

His sire, Dance Star AT, was celebrated as the 2006 licensing champion and confirmed his quality directly under saddle in the 2007 and 2008 Bundeschampionates where he was the vice champion of the 3 and then 4 yr. old stallions.  Dance Star was the clear winner of his stallion performance test in Muenster-Handorf with the score of 8.53. He then went on to bring home the gold medal in the 2009 Bundeschampionate with a dream score of 9.0!

Dance Star AT is one of 8 licensed full brothers. The most successful of them is the European dressage champion and sire of licensed sons, Der Feine Lord AT.

Del Estero's grandsire, Dressman I is a successful sire throughout Europe and a guarantee for brilliant types and rideability. His own success in sport is hard to beat. He was the 4-time Bundeschampion and multiple European dressage champion.

Del Estero's dam line is also exceptional. His dam, Madonna is one of the most successful Westphalian riding pony dams without a doubt. She has already produced 5 licensed sons and many State Premium Mares. Her most well-known son is Don Joshi AT. He was the 2001 Vice Bundeschampion of the 5 yr. old dressage ponies, the 2002 Bundeschampion of the 6 yr. old dressage ponies with the score of 9.3, and the winner of the German Pony Dressage Derby.  Following this he had many victories in Nation Prize competitions and won the bronze medal in the European dressage championships. His offspring include the 2002 Westphalian licensing champion, Depardieu AT, the 2005 Hanoverian riding pony licensing champion, and the champion mare of the Westphalian mare show, Donna Dendera AT. 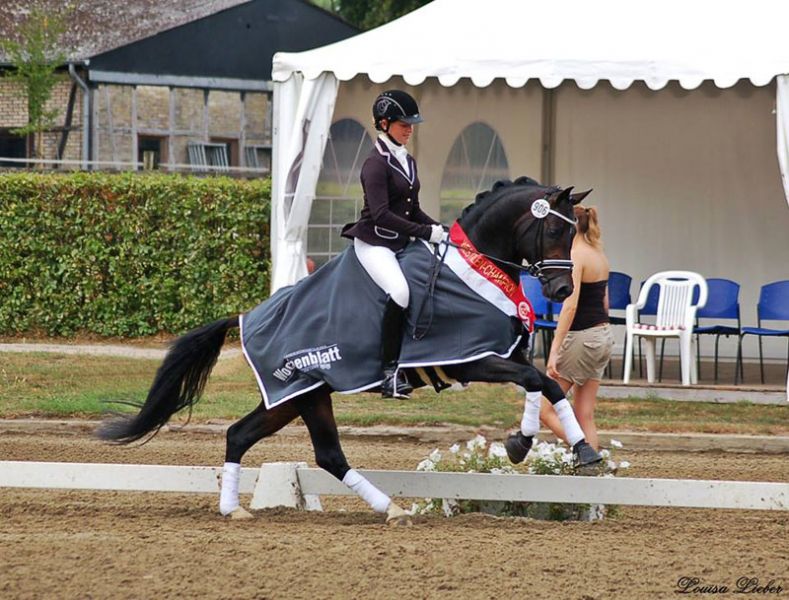 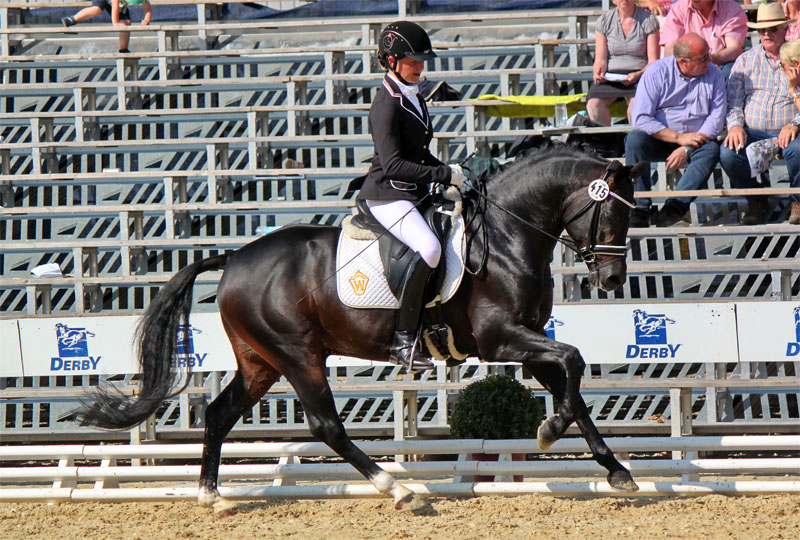 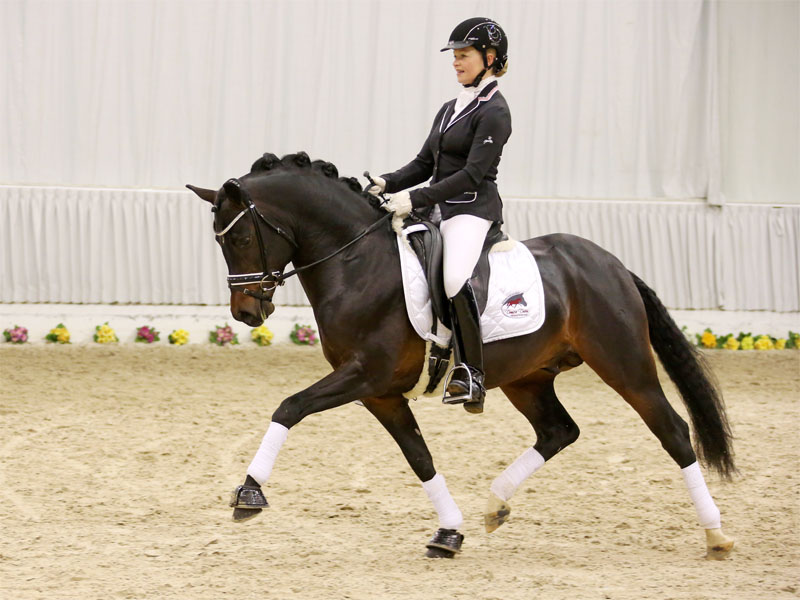 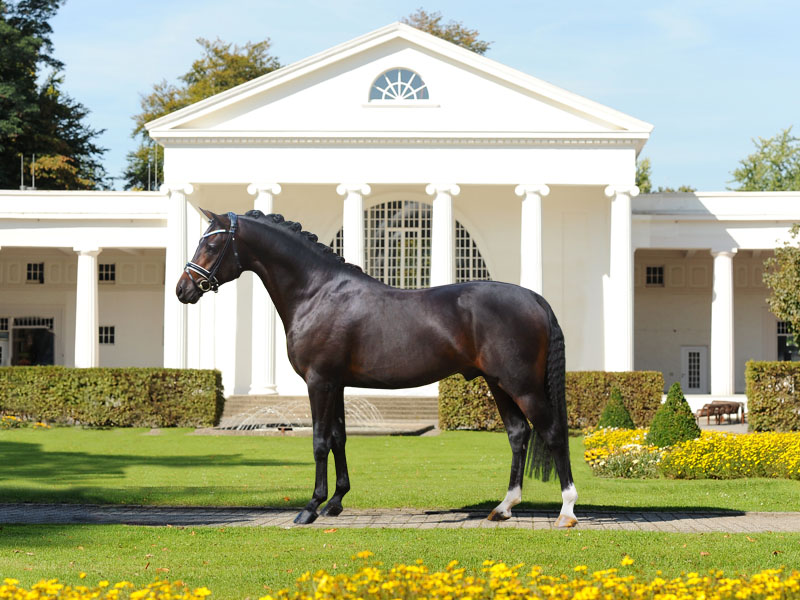 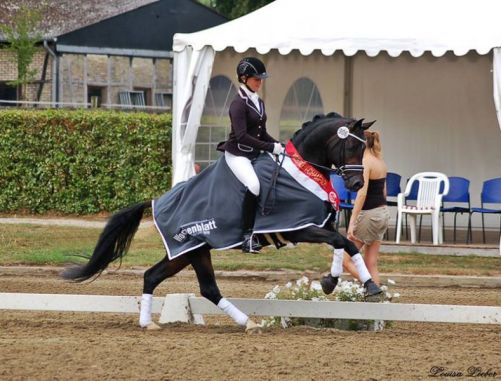 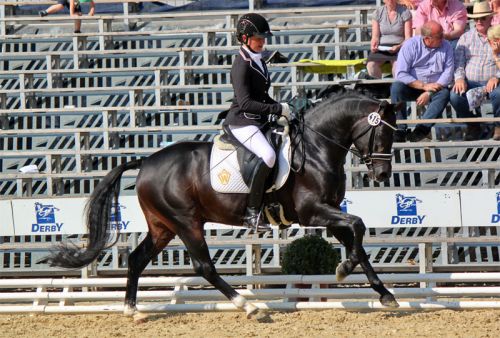 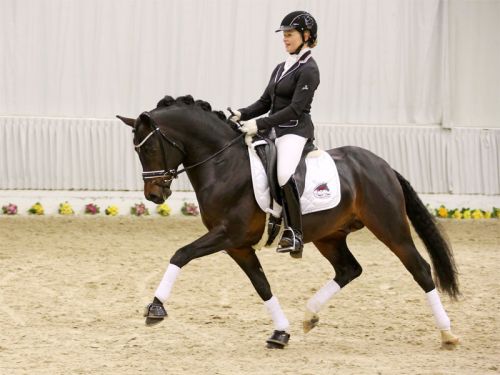 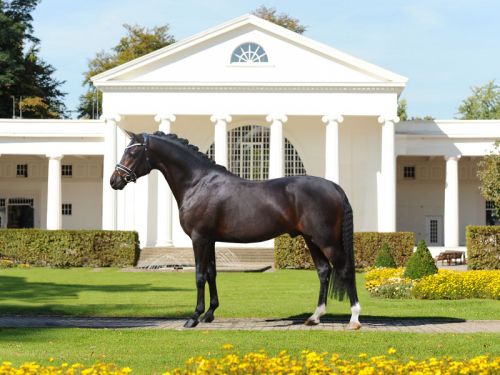