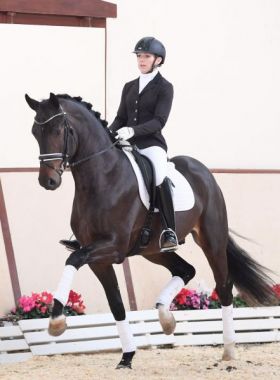 Dante's Jr is a young stallion with a pedigree of the highest demand.  This stallion presents himself with an amazingly modern conformation that makes him predestined for the dressage arena. His movement is regular and cadenced, always in balance.  He demonstrates exceptional class in his walk and canter.

His sire, Dante Weltino, is a highly successful and sought after sire.  He has won many Grand Prix classes, and in 2016 became a bronze medalist with the Swedish team at the European Championships under Terese Nilshagen. He also placed third in the Nations Cup at Aachen in 2017 and as of 2017 had produced eight licensed stallions. Dante Weltino is making a name for himself in sport and breeding.

Dam sire, Sir Donnerhall I, was second reserve champion of his licensing, stallion performance test winner, and was named premium sire in 2005 and 2006. He also attained the title as German National Champion and vice World Champion of five-year-old dressage horses.

Dante's Jr represents the Oldenburg dam line 269/Kronetta, which was bred over generations in East Frisia and produced many top level dressage and show jumping horses, including Romeo (Romanov / Wolkentanz) who is privately owned in Denmark. 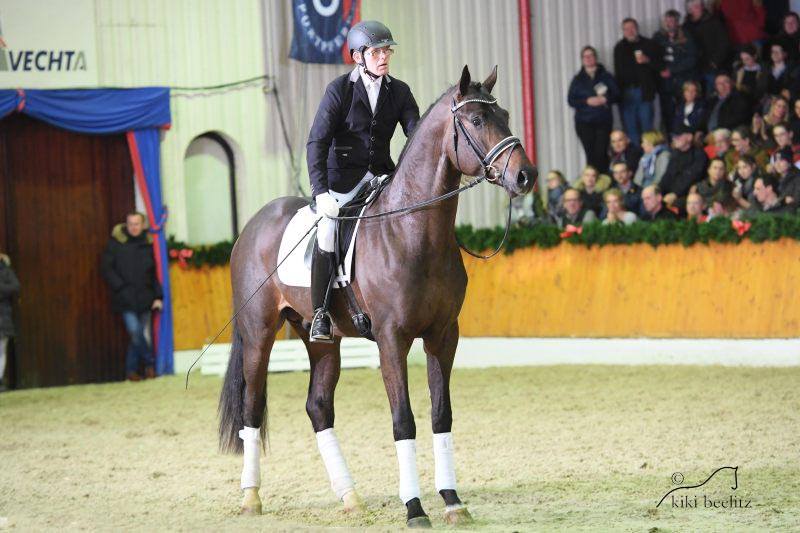 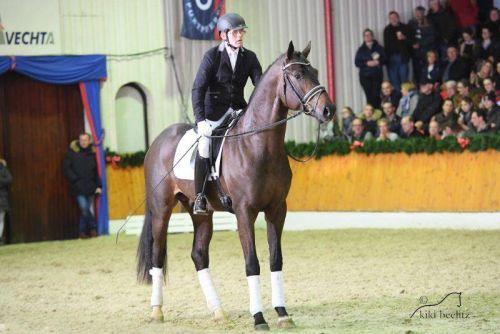