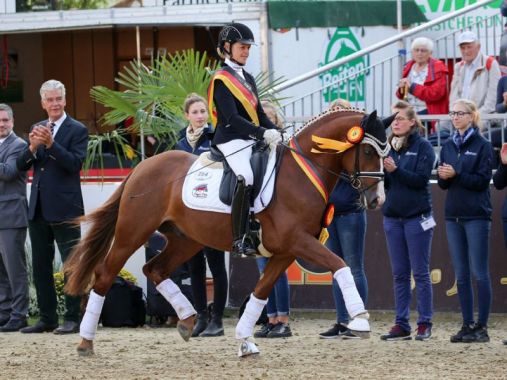 Cosmo Royale combines the best genetics that a breeding stallion can have.  He was champion stallion at his licensing in 2016, and is the acting double Bundeschampion for three and four-year-old pony stallions in 2017 and 2018.

From the moment Cosmo Royale entered the arena at the S. German Pony licensing in 2016 and impressed the licensing commission, he went onto make a name for himself as a German champion stallion. He comes from the first crop of Cosmopolitan and is the first ever presented for licensing.

Cosmo Royale lived up to his potential in 2017 and after he clearly won his qualification for the Bundeschampionship, he went on to win the final qualification, and then the final, to become the much acclaimed Bundeschampion! He fascinated the judges and the audience alike and was rated with absolute dream marks: final part A - 9,0 and foreign rider test 9,0 and 9,5.

In his pedigree he combines with Cosmopolitan and Casino Royale K, two top sires with a performance-oriented dam line. St.Pr.St. Cascada Royale won the German elite mares championship in Lienen in 2013, won the bronze medal at the Bundeschampionship (at that time wearing Cosmo Royale) and won the SLP with 8.55. Verb.Pr.St. Pippi Longstocking is full sister to the FEI-successful Rudolpho WE and half-sister to the licensed in Weser-Ems Don Philino WE v. Dressman I (winner of the HLP, Bundeschampion Fahrponys, Vice Bundeschampion, Landeschampion), who was sold to Australia in 2007 via the Elite Pony Sales. 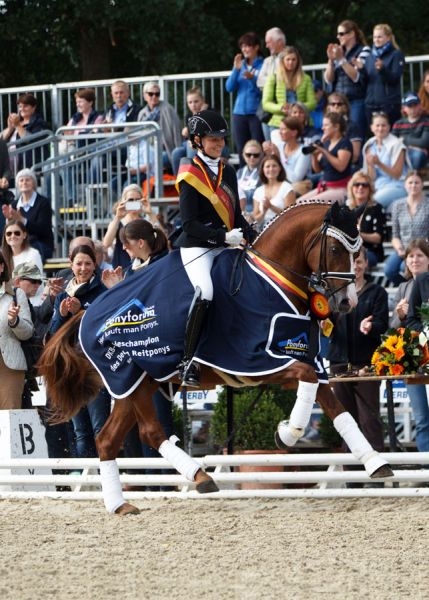 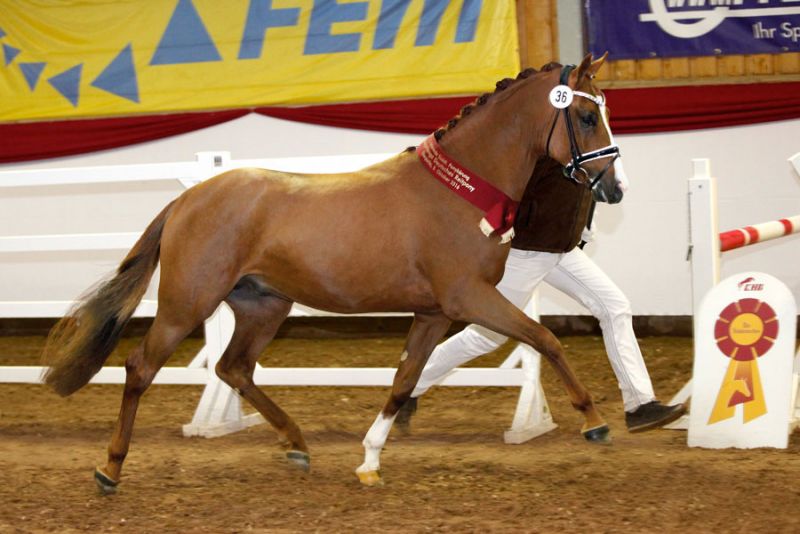 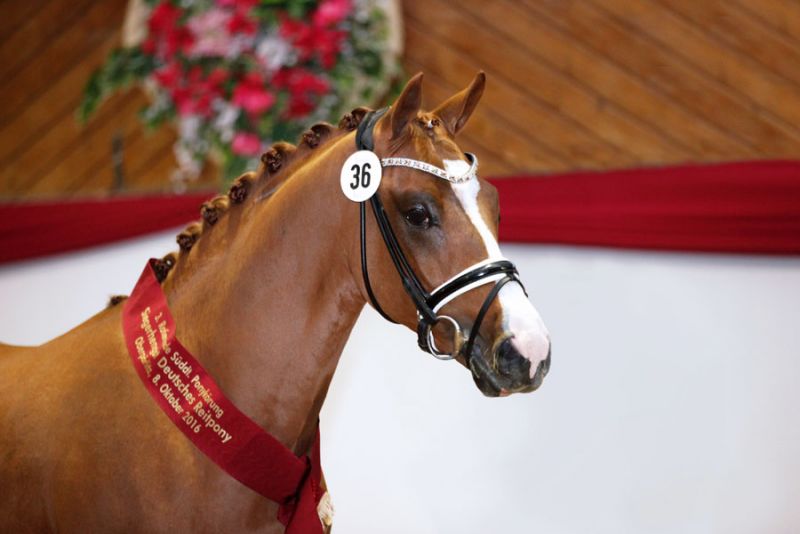 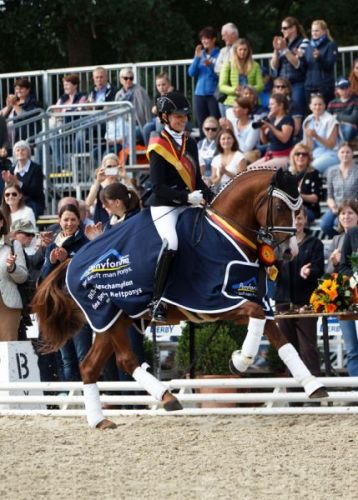 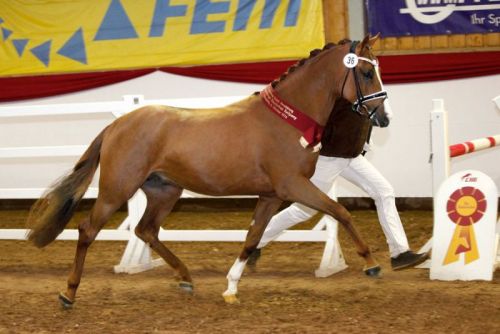 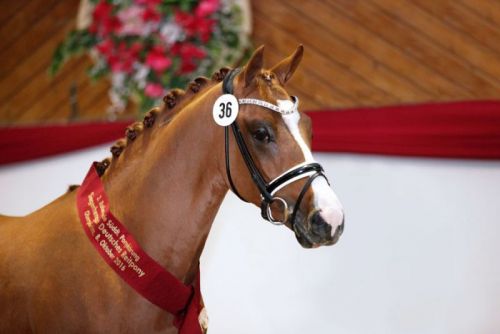