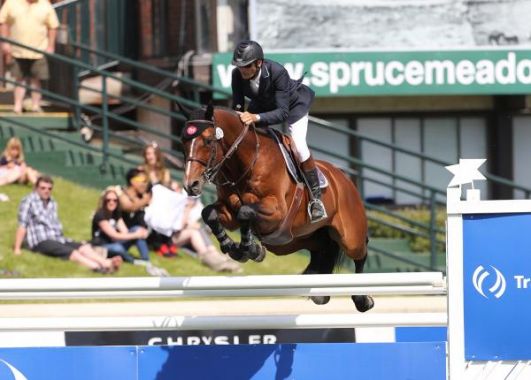 Conquistador was born in Belgium and sold as colt to Australia where he started his CSI career at age seven with Chris Chugg.  He was then exported to the USA in 2009 where he brought his young rider, Karl Cook, up to level CSI5*.  In 2010, Conquistador placed twice in 1m60 tests at the CSI5* in Calgary, Alberta.  He was highly active in CSI5* Grand Prix throughout the USA, and in Calgary, AB, from 2011 to 2015.

His offspring are confident and show exceptional ability in sport.  Conquistador was the only stallion with two offspring among the 30 best horses at the 2018 World Equestrian Games in Tryon, NC.  He had less than 20 offspring recorded in Australia before he was moved to the USA and 11 of them became victorious in CSI competitions.  Among these, two finalists were at the 2018 World Cup in Bercy, and at the Tryon World Equestrian Games in 2018: Oaks Redwood (13 yo) placed 24th of the JEM of Tryon with Billy Raymont of Australia. Constellation (12 yo) placed 29th at the JEM in Tryon, 3rd at the GP CSI3* of Lier in 2017, was victorious at the CSIO5* GCT of Paris, and the CSIO5* in Rotterdam in 2015 with Jamie Kermond.

Offspring Bellini Star was winner of CSI5* with rider Steven Hill, and offspring Conquest, Chumbawumba, Goya, Conquista, Cajun, Conan, Clovelly, Jitterburg are all winners on level 140/150 in Australia and Europe.

Conquistador's sire, Clinton, is a legendary holsteiner stallion who has produced many successful offspring.  He has many accomplishments including performing in CSIO5* with Dirk Demeersman, placing second in the GP in the CSIO5* in Aachen, third in the Athens Olympic Games and fourth at the GP of the CSIO5* in Rome. Clinton was 11th best sire of winning jumpers in 2013, and has produced more than 150 international winners, among them the Olympic horse Cornet Obolensky who is ranked among the five best sires in the WBFSH World Rankings for five years, as well as, has competed at the CSIO5* level, at the Olympic Games of Beijing, the European Championships, and in numerous World Cups with Mark Kutscher. 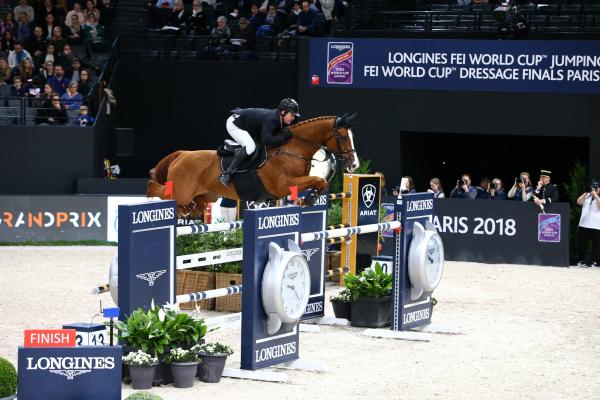 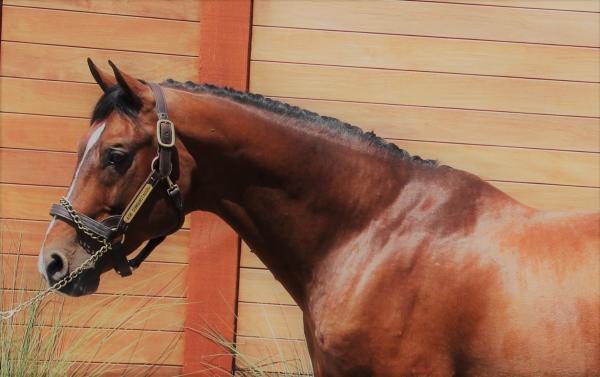 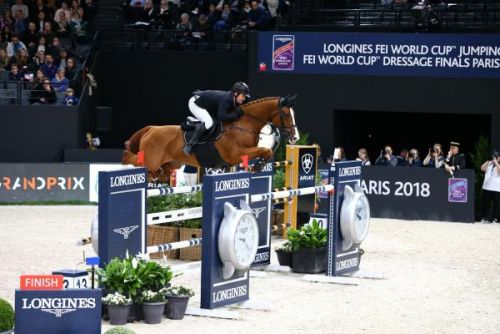 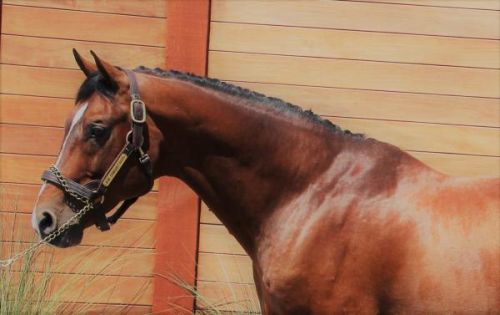