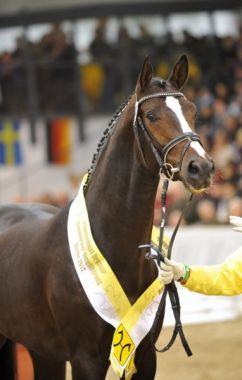 Coal Diamond was awarded premium and sold for one of the highest prices at the 2012 Hanoverian licensing in Verden. He is good-sized with a harmonious body, and the potential of his gaits is outstanding with a walk that is especially noteworthy. With his pronounced inner harmony and first class character, he is blessed with an ideal temperament.

His still young sire, Christ, has been trained to advanced (S) level and is on the winners' side in sport. In 2011 and 2012, he presented breathtaking sons at various licensing venues in Germany and several of them went home with premiums.

His dam, St.Pr.St. Donauperle is by Don Schufro who is one of Oldenburg's top sires. He took the 2004 Danish Vice Champion title under Andreas Helgstrand and qualified for the Olympic Games in Athens, Greece. In 2008, he added an Olympic team bronze in Hong Kong to his list of accomplishments. Don Schufro also undisputedly led the 2013 list of Germany's best sires in the FN's predicted breeding value statistics.

Coal Diamond's granddam, Weserperle II, was bred according to a time-tested recipe in the tradition of the old Hanoverian station in Stedebergen: Wenzel I x Shogun xx, a bloodline combination that has produced a good number of top dressage horses.

Coal Diamond stems from the mare line of Idria. 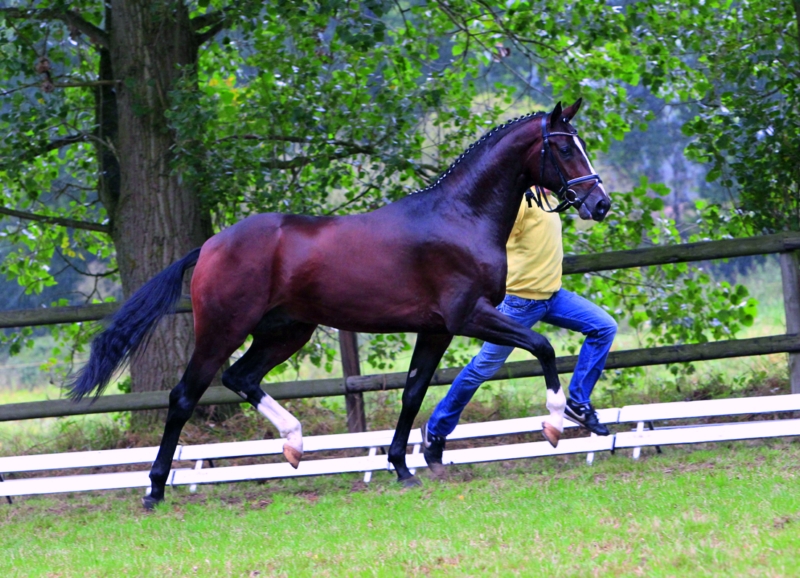 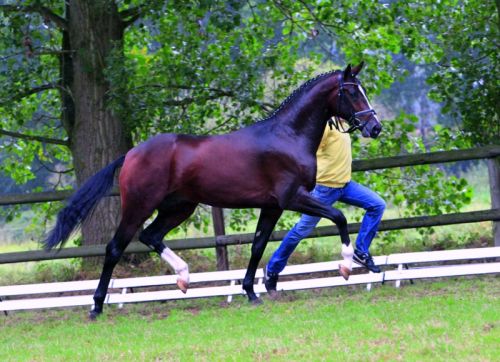