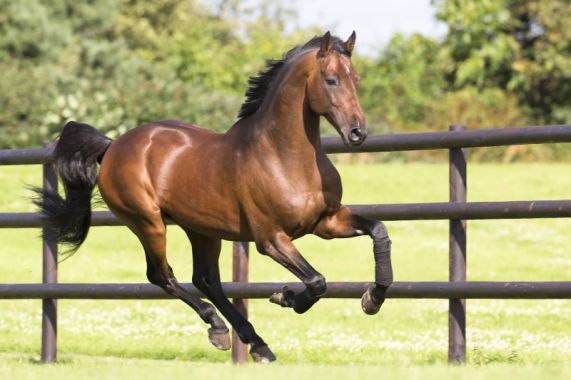 Premium Stallion at the man licensing in Neustadt/Dosse in 2010, originating from an ultra-modern, international pairing of performance-genes. A first-class canter with outstanding jumping-ability and ideal character, being always elastic and supple at the same time – Chocolat unites all attributes of a top show jumper.

The sire C-Indoctro I, a son of Capitol I, was Vice Bundeschampion and celebrated many victories in advanced show jumping under Olympic winner Ulrich Kirchhoff. By now, he presented 15 licensed sons and is sire of numerous international show jumpers such as Nassau, VDL Montreal, VDL Maserati and Imothep; in Germany alone, 150 of his offspring have been placed in advanced (S) classes.

The dam st. pr. mare Rinderella VDL produced two licensed sons named Quinta Real (state stud sire Warendorf) and Veron, when bred to Quite Easy I. Furthermore, she is dam of the advanced (S) level successful show jumper Arinderella VDL. Rinderella is a premium awarded daughter of Caretino, who was one of the most demanded Holsteiner sires of the present as well as the last direct son of the legendary Caletto II. Caretino convinced with his performance record, but also in breeding. He collected numerous victories and placings in Grand Prixs, since 1994 under Ludger Beerbaum. Among his successful offspring are Casall/R.-G. Bengtsson, Caretina de Joter/E. Tops-Alexander, Chandra/S. von Rönne, Ballerina/M. Merschformann and Conally/M. Renzel.

Chocolat originates from the Holstein line 318 a 1. This line is also known for the licensed international show jumper Cloney by Contender/C. Biermann, Bellagio II by Contender/L.Whiteway (GBR) as well as a high number of highly successful show jumpers. In earlier years this line produced the Traventhaler state stud sires Falkenstein, Gardi, Maibaum, Max and Neuling as well as the legendary Tobias. 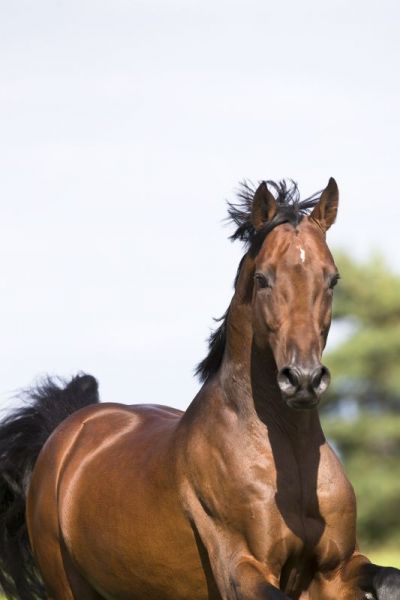 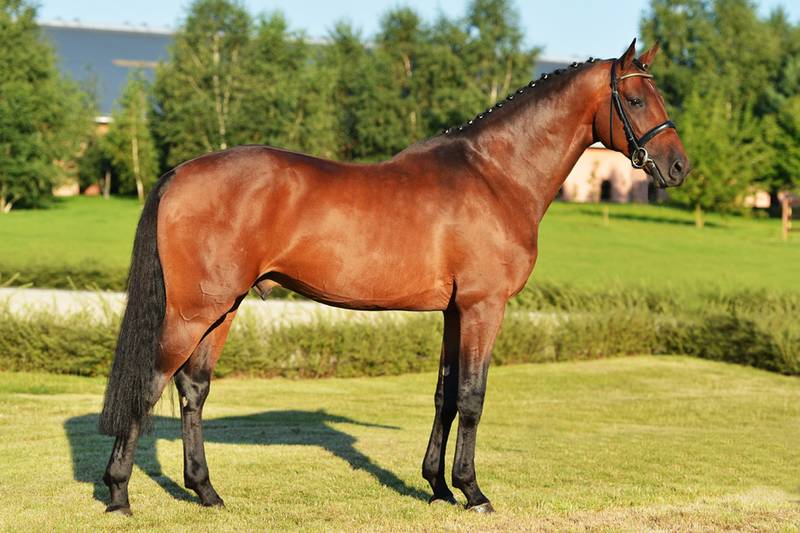 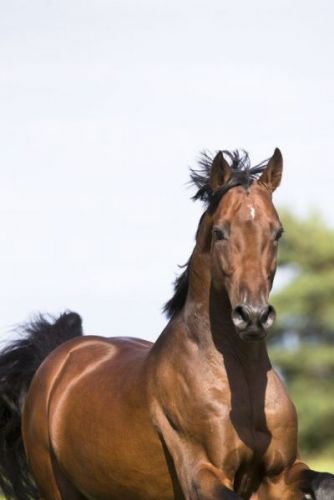 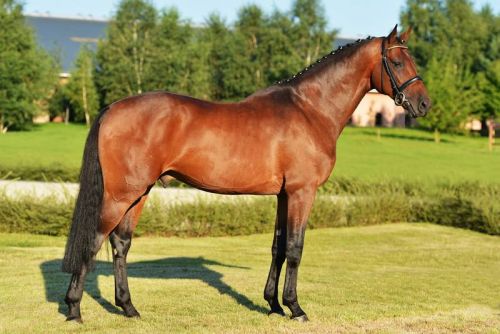