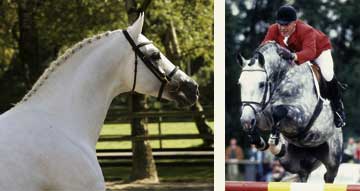 Today, Calido I is one of the most important jumper sires in the world. Having been the sire of mulitple Bundeschampions and Grand Prix jumpers, he is a beautiful grey Holstein stallion with exceptional breeding success

Calido's offspring are known globally as aesthetic, athletic and absolutely impressive show jumpers that are very easy to ride. They include top international competition horses such as the 2014 National German 5 yr old Champion, Caroly, who won the final round at the Bundeschampionate with an amazing score of 9.6 under Bastian Freese. Another Bundeschampion, Coupe de Coeur, won the young horse championships both as a 5 yr-old and 6 yr-old in 2006 and 2007 with Rene Tebbel, and went on to be the overall leader in the 2009 Riders Tour with Ludger Beerbaum. Noblesse M won the Grand Prix of Helsinki in 2007 and Eurocommerce Acapulco was Dutch Vice Champion with Gerco Schröder.

187 Calido progeny compete successfully in 1.50 m show jumping classes and together, they have accumulated competition earnings of more than 2 million Euro. 42 of Calido's offspring are now approved stallions and many of them achieved impressive scores in their performance tests. One of them is Cashmaker, who received a perfect 10.0 for his jumping ability. In 2010, several stallions produced by Calido were premium stallions at their performance tests, in both Hanover and at the Oldenburg International Show Jumping Horse Breeding Association.

Calido himself has an impressive competition record which includes more than 20 wins in show jumping classes for young horses. He also achieved the highest score with the jumping index of 140.40 at his performance test. This, plus a good dressage index score, gave him the third-highest overall index score. It's no wonder that Calido's offspring have a rock solid reputation for rideability. We're delighted to have a stallion with this excellent breeding record in our portfolio! 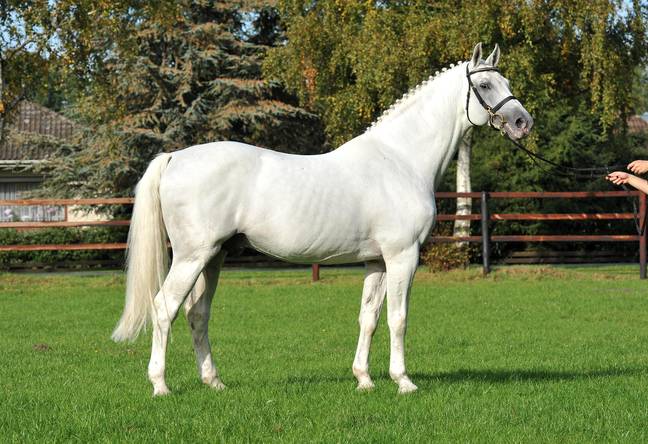 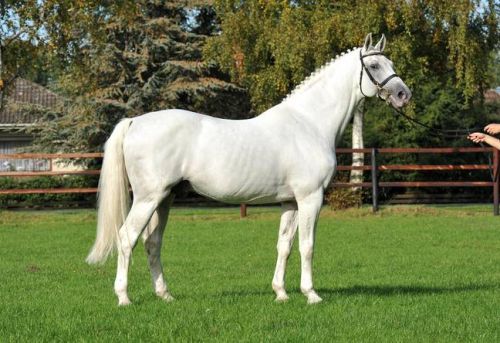