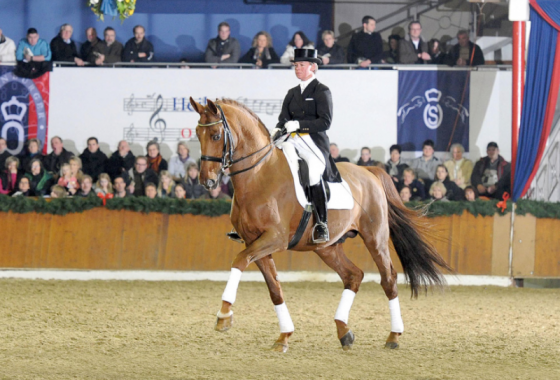 Breitling W is the new FN breeding index leader in 2009 with a total of 172 points. Breitling is a competition stallion who doesn't have anything to prove; he has won international Grand Prix classes and Nations Cups, taken first prize in 22 advanced level dressage classes, secured a bronze medal at the German Championship and accumulated over EUR 130,000 in prize money in the dressage arena. His achievements with longstanding rider, Wolfram Wittig, extend right up to the World Cup Tour.

His ability to produce excellent offspring can only be described as phenomenal. Although he has only been used to a limited extent for breeding purposes, which means he has relatively few offspring, there are 13 advanced level dressage horses among his first progeny which have collectively won over EUR 72,000 in prize money. Blind Date was the World Championship of Young Dressage Horses favourite in 2007, but she unfortunately suffered an injury shortly before she was due to enter the ring. In 2009, she was back on form when she won the Small Tour at the CHIO Aachen and the Nuremberg Burgpokal final. Biagotti W was a bronze medallist at the World Championship in Verden in 2006 and also qualified for the Burgpokal in 2009. Baldessarini W has won seven advanced dressage classes and competed successfully in international Grand Prix classes, Berkeley W is a successful Grand Prix horse, Meggles Black Jack has won at Grand Prix level, approved stallion Bertoli W was highly placed in St. Georges classes as a seven year-old and Brioni W won an Intermediaire I class as an eight year-old. Barilla W, Bichachu, Balalaika W are also all successful advanced level competition horses. 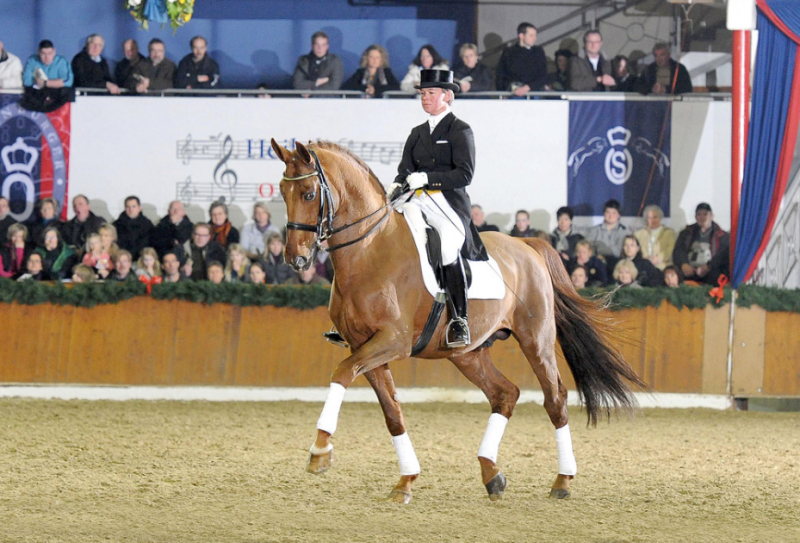 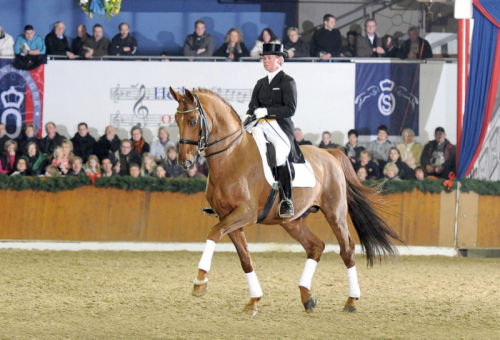