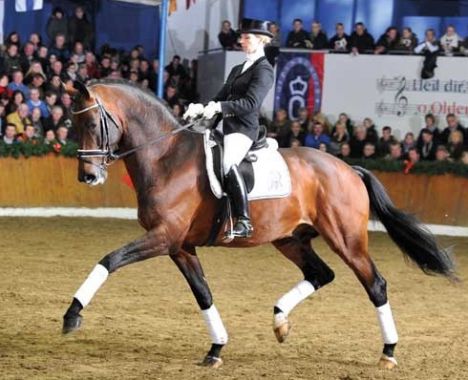 A son of Bordeaux, Bohemian, competed in the 2021 Tokyo Olympics under Cathrine Dufour for Team Denmark!

From champion stallion to star producer. In terms of genetics, Bordeaux is an absolute rarity, bred from one of the most successful dam lines in the world. The best of the Holsteiner, Oldenburg, Westphalian, and Trakehner bloodlines united.

Bordeaux is making himself heard in the equine world with his oldest progeny having dominated the championships and auctions from the very start and has a high FN Breeding Index. With a total of 164 points, he is amongst the top of Germany´s dressage sires. In 2020, Bordeaux was proclaimed keur stallion with KWPN at the stallion licensing. Bordeaux received the Keur status because of his own success in sport combined with the sucess of his offspring. His most successful son is without a doubt, Bohemian (Cathrine Dufour), as well as, Grand Prix horse Bluetooth (Ingrid Klimke). At small tour level he has in the Netherlands: Ferdeaux (Hans Peter Minderhoud) and Geronimo (Floor van Kempen).

At the Oldenburg State championships in Rastede 2013, Biscaya OLD ridden by Andreas Müller, Bluetooth ridden by Eva Möller and Bella Laguna OLD ridden by Klarissa Alexandra Liss took the first three places of the 3 yr. old mares. Biscaya OLD then became vice champion at the Bundeschampionship in Warendorf and Bluetooth reached a high placing in the finals. When autumn came, Biscaya sold for the top price of 300,000 Euros at the Oldenburg Fall Elite auction in Vechta.

Progeny of Bordeaux win everyone over with their exceptional movement. From his first crops, many sons have already been licensed. Amongst them are Barroso, Bergolio, Buckingham, Buenos Dias, Bourgogne and Beckham GT. In 2014, Buckingham was the superior champion of his 70-day test in Adelheidsdorf. His son, Bitcoin OLD (by Bordeaux x Rubinstein), won the 2018 mares and geldings division of the Bundeschampion for 4 year olds with a solid score.  Bitcoin became the highest scoring horse in both groups (mares and geldings) with an 8.6 total. The chestnut gelding scored 8 for walk, 8.5 for trot, 9 for canter, 9.5 for training, as well as, an 8 for conformation.

In 2021, Bordeaux's daughter, Bonheur de La Vie won the Lousidor Prize final under Sandra Nuxoll for best young grand prix horses with 77.140. In 2015, Bordeaux's son, Boreas, was the champion of the Oldenburg under saddle licensing and subsequently sold to the United States for 140,000 Euros. Another son, Bordeaux' Barolo, won the Neuss Grefrath qualification for the 2015 Bundeschampionat for the 5 yr. old dressage horses under rider Lydia Camp.

After a triumphant win at the KWPN licensing, Bordeaux won the stallion performance test in Ermelo. In 2012, ridden by Eva Möller, he was fourth in the finals of the World Championships of the six year old dressage horses in Verden. As a result of his outstanding wins at stallion competitions around the Netherlands over the winter of 2012/13, he qualified for the finals of his age group in s'Hertogenbosch. He was the favorite and won the competition by a clear margin. In 2014, he won internationally up to Prix St. Georges.

Bordeaux's sire, United, finished his stallion performance test in Ermelo with the highest result ever achieved at that time: 9,5 for trot, canter and predisposition as a dressage horse. With Krack C and Partout, ridden by Anky van Grunsven, two more internationally successful Grand Prix horses stem from contribute to this pedigree.

Bordeaux' dam sire, Gribaldi, was internationally successful with Edward Gal at Grand Prix level and sire to a series of Grand Prix horses, such as Girasol, Sisther de Jeu, Peter Pan and Painted Black, amongst others. In the third generation comes the dressage hero, Donnerhall, who underlines the genetic predisposition for dressage to the absolute fullest.

Bordeaux's grand dam, Leandra M, ridden by Hans Peter Minderhoud was successful up to St. Georges. Bordeaux is a descendant of the Westphalian foundation lineage of Dodona (Familie de Baey, Lemgo), which produced the Olympic champion Ahlerich ridden by Dr. Reiner Klimke and Rembrandt ridden by Nicole Uphoff as well as the foundation stallion Rubinstein I and winner of the Olympic Silver Medal Amon ridden by Annemarie Sanders-Keyzer. 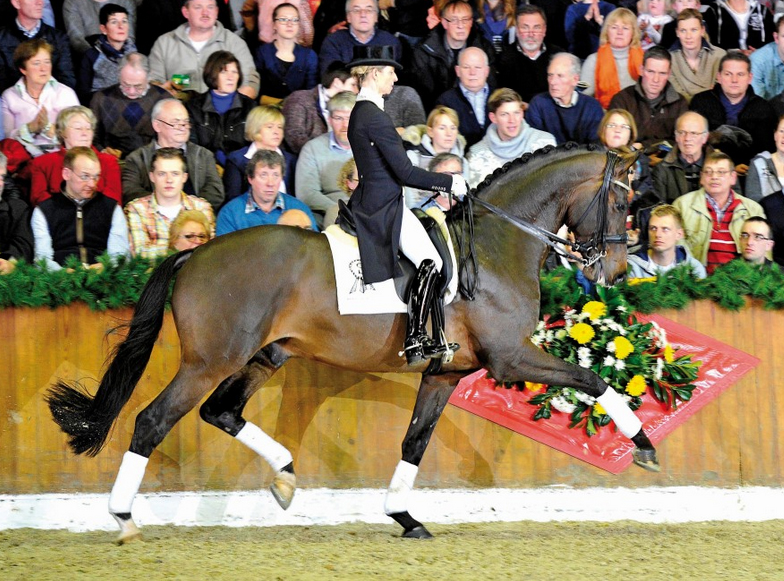 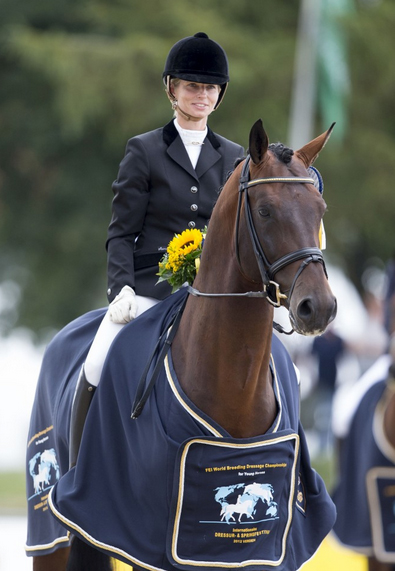 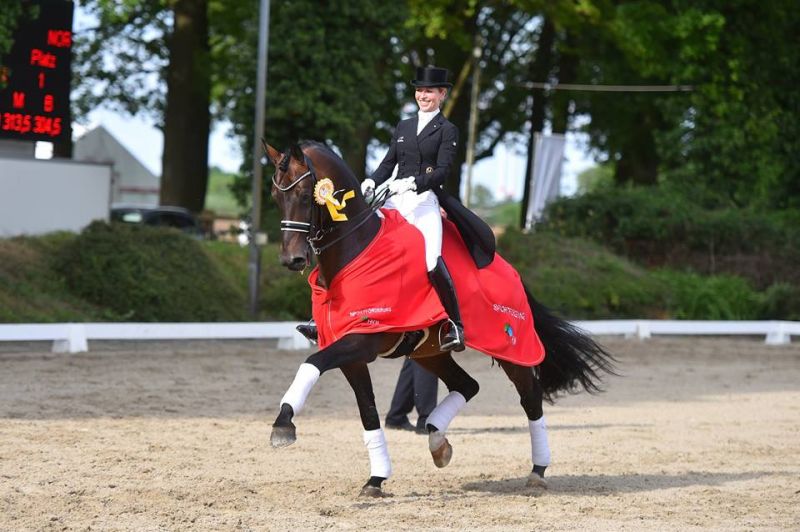 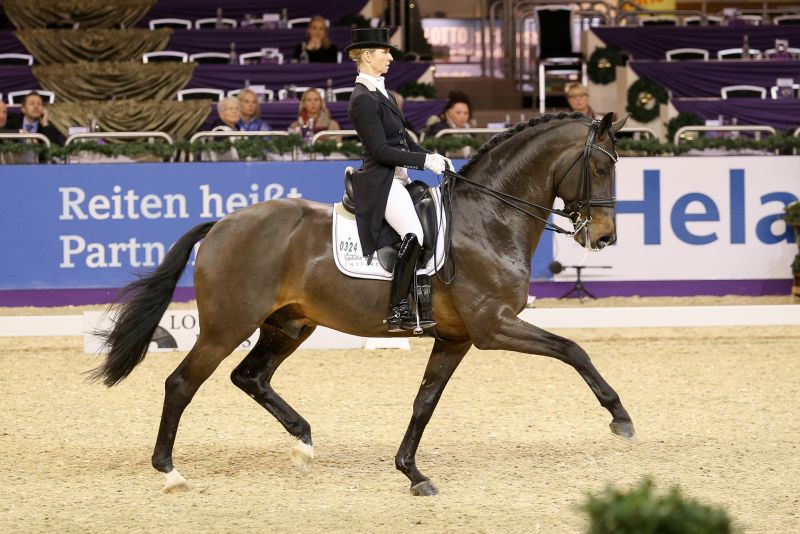 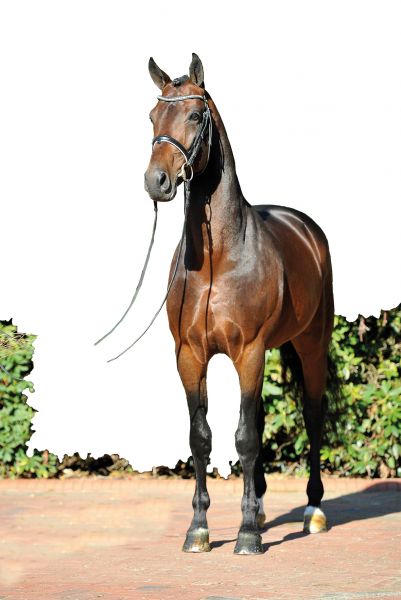 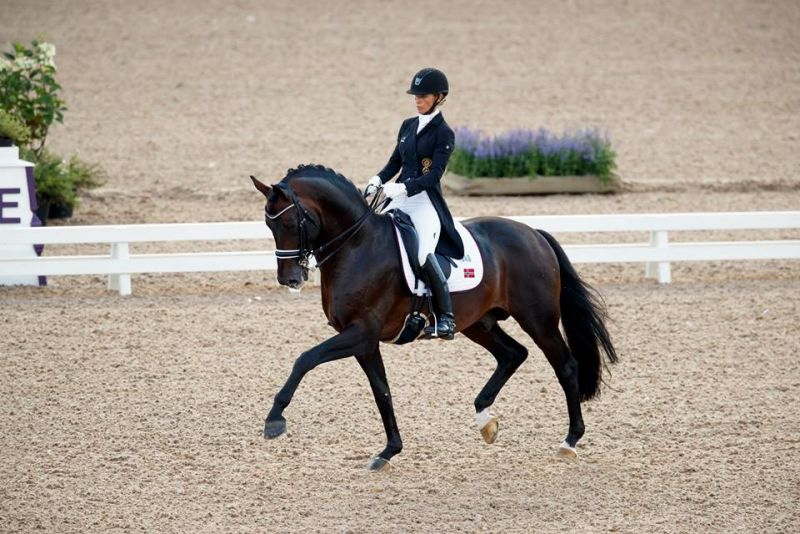 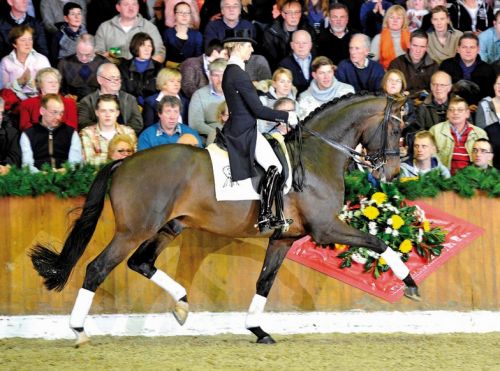 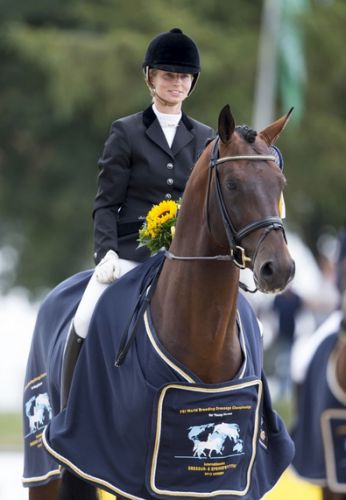 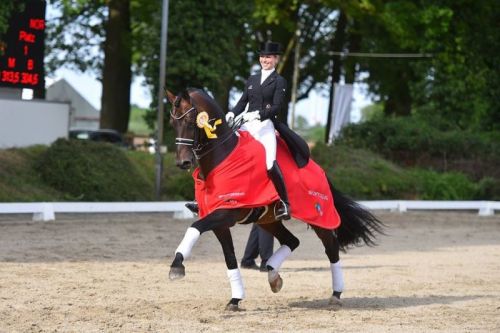 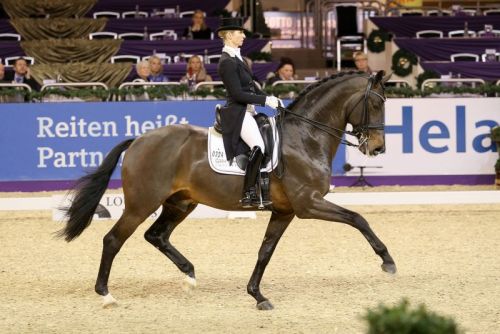 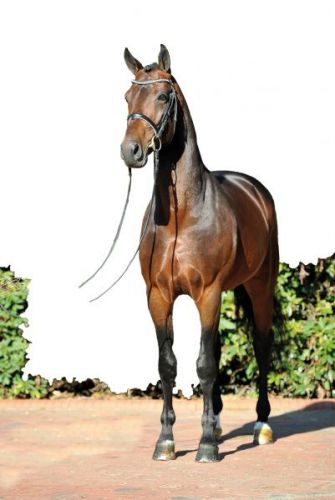 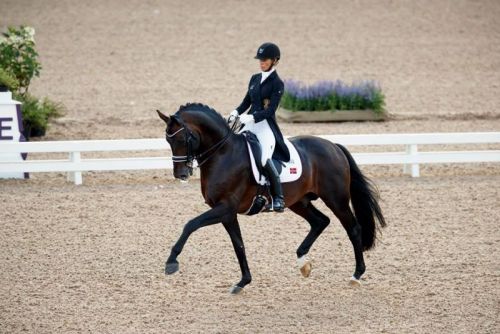